General Dynamics Mission Systems (GDMS) announced on 18 March that it has delivered the first Knifefish surface mine countermeasure (SMCM) unmanned underwater vehicle (UUV) system to the US Navy (USN).

The delivery is in line with the USD44.6 million contract awarded in August 2019 by the Program Executive Officer for Unmanned and Small Combatants (PEO USC) on achieving Milestone C approval for the low-rate initial production (LRIP) of the SMCM UUV systems. The contract called for the delivery of five Knifefish systems, each comprising two UUVs, batteries, a launch and handling system, and other support equipment. 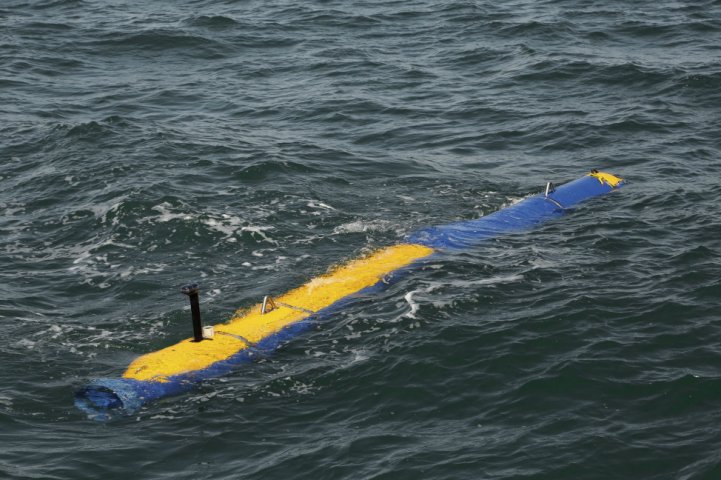 GDMS was awarded a USD13.5 million cost-plus fixed-fee and cost-only modification contract in 2020 for continued engineering support, development, test, and production of the Knifefish SMCM UUV. It was a modification to the original contract, bringing the post-milestone C phase of the effort to USD62.1 million since September 2019.

The Knifefish is a medium-class UUV designed to detect volume, bottom, and buried mines as a critical element of the Littoral Combat Ship (LCS) Mine Countermeasures Mission (MCM) Package.

The Knifefish UUV features an open architecture that can be modified to accommodate a wide range of payloads for the evolving mission requirements. The subsystems can be quickly accessed for rapid turnaround between missions and allows ‘plug and play’ integration with ship systems and mission modules. The vehicle is based on GDMS’ modular Bluefin-21 autonomous underwater vehicle (AUV) that features swappable payload sections and battery modules for in-field mission reconfiguration.

According to Janes Unmanned Maritime Vehicles,

General Dynamics Mission Systems (GDMS) announced on 18 March that it has delivered the first Knifef...

US Navy puts unmanned integration to the test

The US Navy (USN) has completed a major Pacific Fleet exercise designed to demonstrate the operation...