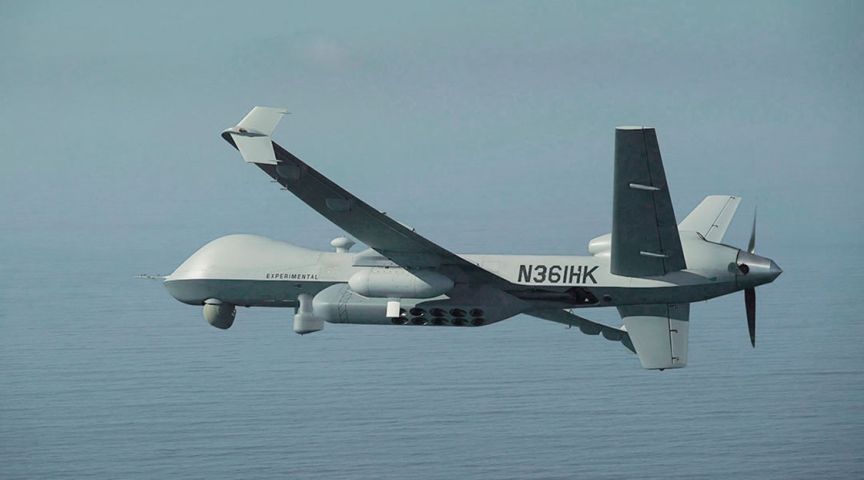 The demonstration, announced by the company on 19 January, saw an MQ-9A Reaper Block 5 unmanned aerial vehicle deploy an ‘A’ sized sonobuoy over a US Navy Pacific test range on 24 November 2020, and then process the information. “This demonstration is a first for airborne ASW. The successful completion of this testing paves the way for future development of more ASW capabilities from our MQ-9s,” GA-ASI President David Alexander was quoted as saying.

According to GA-ASI, the company first demonstrated a sonobuoy remote processing capability from an MQ-9A Reaper UAS in 2017. “Since then, GA-ASI has added a Sonobuoy Management & Control System (SMCS) to monitor and control deployed sonobuoys, and developed a pneumatic sonobuoy dispenser system (SDS) capable of safely carrying and deploying 10 US Navy compliant ‘A’ size, or 20 ‘G’ size, sonobuoys per pod.”