South Korea’s Defense Acquisition Program Administration (DAPA) had announced on 27 June that it awarded the company a KRW70 billion (USD58 million) for the supply of an undisclosed number of these systems, which will comprise both primary and secondary surveillance radars and replace the ageing systems being used by the Republic of Korea Air Force (RoKAF) for air traffic control.

DAPA provided no information at the time about the number of radars ordered but Indra has now confirmed that it will deliver S-band primary radars over four years to help manage aircraft movements and improve the efficiency of missions at 11 RoKAF bases.

The company said in a 23 July statement that the primary radars, which will feature multiple modes of operation, will incorporate electronic counter-countermeasures (ECCMs) based on frequency agility techniques. 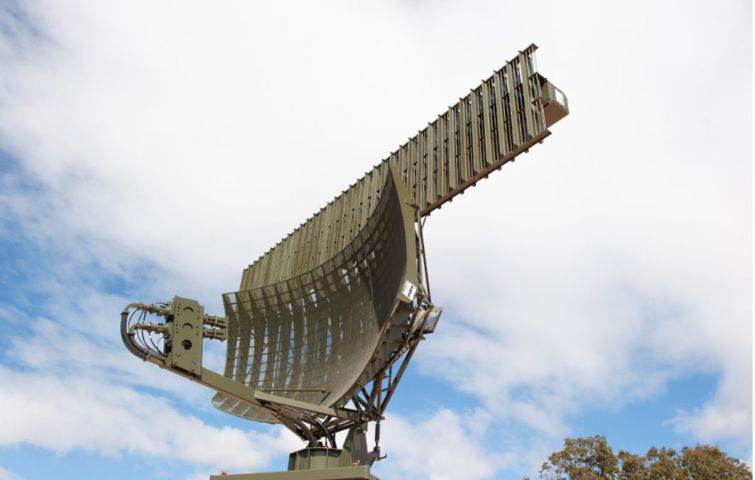 An image released by DAPA on 27 June showing what appears to be Indra’s PSR 2D S-Band radar and the MSSR-S radar on top, suggesting that these are the ASR systems it ordered under a USD58 million contract to support air traffic control at military air bases. (DAPA)

“These systems will work in combination with secondary radars, with the capacity of Friend/Foe identification, which have different modes of interrogation, both civil and military,” stated Indra, adding that the data collected by this equipment will be displayed on the air traffic management systems that the company will install in RoKAF approach and tower centres at each base.

“The military controllers will gain precision in identifying and knowing the position of each aircraft, and will give better support to pilots in their approach, landing, and take-off manoeuvres,” said Indra.