Naviris, the 50/50 joint venture (JV) between Fincantieri and Naval Group, is to conduct a feasibility study into the mid-life upgrade (MLU) of the four Franco-Italian Horizon-class anti-air warfare (AAW) frigates under a contract awarded by the Organisation for Joint Armament Co-operation (OCCAR) on 22 July. 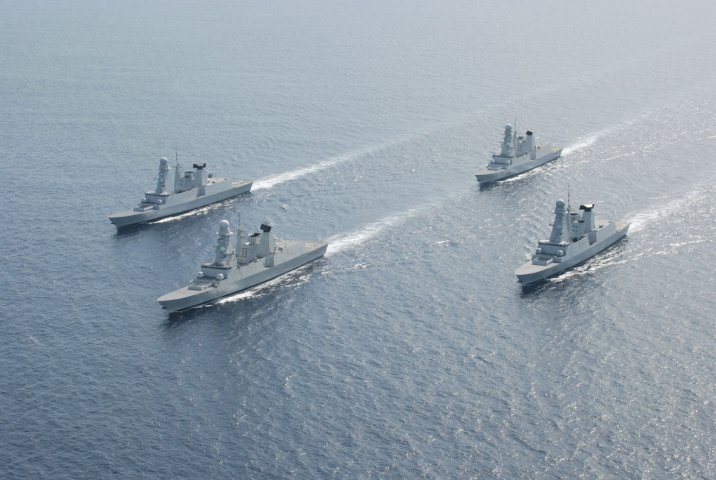 The French and Italian navies operate two Horizon-class frigates each – FS Forbin and FS Chevalier Paul , and ITS Andrea Doria and ITS Caio Duilio respectively – which entered service between 2008–11. The ships were built under a joint programme between Fincantieri and Naval Group.

The 12-month feasibility study represents the first stage of the MLU project and will focus mainly on the frigates’ AAW capabilities. It aims to identify and analyse the platform and combat systems requiring upgrade or replacement to maintain and extend the vessels’ capabilities and performance to the end of their service lives.

Naviris will lead and co-ordinate activities with industrial support from Fincantieri, Naval Group, Thales, Leonardo, MBDA, Eurosam (a JV between MBDA and Thales), and SIGEN (a JV between Elettronica and Thales).

No further details were released by OCCAR and Naviris, but Janes understands that the feasibility study is expected to be followed by a 12-month risk reduction study. The main follow-on milestones, subjected to programme changes or evolution, include a contract award for the design and development of the MLU as well as procurement activities in advance of the start of work on the programme’s lead ship.

First batch of F21 torpedoes delivered to Brazil and France

Naval Group has delivered a first batch of F21 heavyweight torpedoes to the Brazilian and French nav...

The Turkish Presidency of Defence Industries (SSB) has published further details of the mid-life upg...