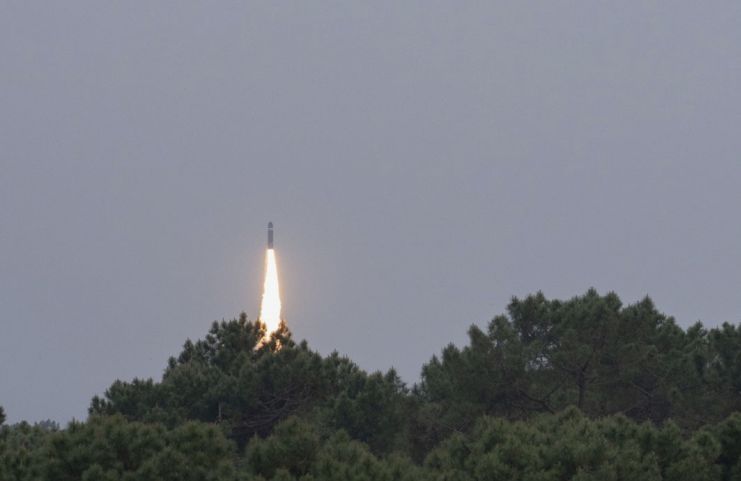 The DGA conducted a test firing of an unarmed M51 missile from the agency’s missile test site in Landes, France, on 28 April. (DGA)

The DGA reported that its missile testing department monitored the flight of the missile, which landed in the Atlantic Ocean, several hundred kilometres from any coast.

France’s Armed Forces Ministry said the M51 programme responds to President Emmanuel Macron’s will “to take the decisions necessary to maintain the operational credibility of nuclear forces over time at the level of strict sufficiency required by the international environment”.

This latest test of the M51 follows an earlier launch of the missile by France’s strategic ballistic missile submarine (SSBN) Le Téméraire on 12 June.

Like then, there is speculation that the missile launched was the new M51.3, which France’s Loi de Programmation Militaire (LPM) 2019–2025 military funding programme foresees entering service during the period it covers.

The nuclear weapon programme that could face the greatest risk from Congressional concerns is the su...