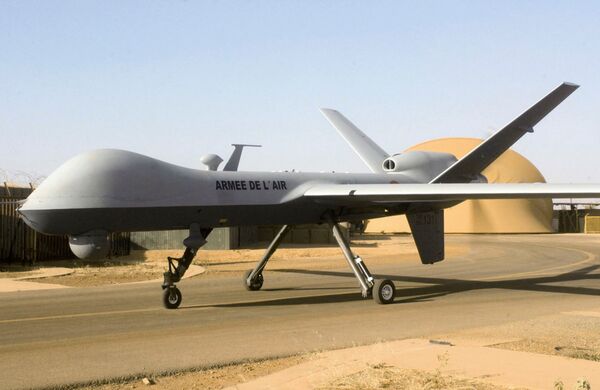 Valued at USD79.42 million, the contract, in support of the French MQ-9 Block 5 aircraft procurement programme, will run through to 29 March 2024.

France has six Reaper Block 1 and six Reaper Block 5 UAVs, and is in the process of acquiring a further six Block 5 vehicles. These Block 5 aircraft will be armed with GBU-12 Paveway precision-guided bombs and AGM-114 Hellfire air-to-surface missiles, and will also be equipped with an FMS pod for electronic intelligence gathering.

As noted in Janes World Air Forces , France's decision to acquire MQ-9 Reapers is understood to be directly linked to capability gaps exposed by the continuing engagement in Mali, where French forces lacked an advanced intelligence, surveillance, and reconnaissance capacity, and had to rely on the US for the provision of intelligence, surveillance, target acquisition, and reconnaissance.

Simultaneously, the limited number of Harfang UAVs operated by the French prioritised surveillance flights over the task force, rather than long-endurance flights over Northern Mali in the search for militants.