France has accused Turkey of using its navy to prevent the enforcement of the UN arms embargo on Libya. 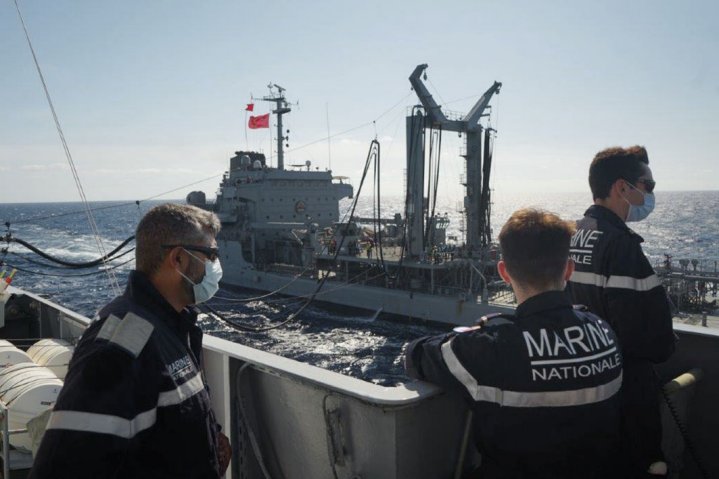 “The main obstacle to the establishment of peace and stability in Libya today lies in the systematic violations of the United Nations arms embargo, in particular on the part of Turkey,” the French Ministry of Foreign Affairs said in a 17 June statement.

While it denied France had taken sides in the Libyan civil war, it said Turkey’s military support for the Government of National Accord (GNA) “is coupled with hostile and unacceptable behaviour by the Turkish Naval Forces towards NATO allies aimed at hampering efforts to implement the United Nations arms embargo”.

On the same day, a French Ministry of Armed Forces official told journalists that Turkish frigates had targeted the French frigate Courbet with their fire-control radars three times when it attempted to inspect a cargo ship suspected of carrying weapons to Libya as part of a NATO mission.

“This is an extremely aggressive act that is unacceptable by an ally against a NATO ship,” the AFP quoted the official as saying.

The official identified the cargo vessel as Tanzanian-flagged Cirkin (IMO: 7728699), saying it turned its automatic identification system (AIS) transponder off, failed to identify itself, and did not reveal its final destination.

A senior Turkish military official told Reuters that the French claim was “completely untrue”, although confirmed there had been an incident, during which he said Courbet did not establish communications with the ship. He also noted that the French frigate had been refuelled by the Turkish Navy before the incident.

France has accused Turkey of using its navy to prevent the enforcement of the UN arms embargo on Lib...