The Direction Générale de l’Armement (DGA), the French armament procurement agency, ordered the first 364 Serval light Véhicule Blindé Multi-rôles (VBMR) multirole armoured vehicles from Nexter and Texelis on 23 December 2020, the two companies announced in a press release on 15 January. The companies, which form a consortium to develop and build the Serval, said the first 12 vehicles would be delivered during the first half of 2022, followed by 96 more during the second half of the same year. 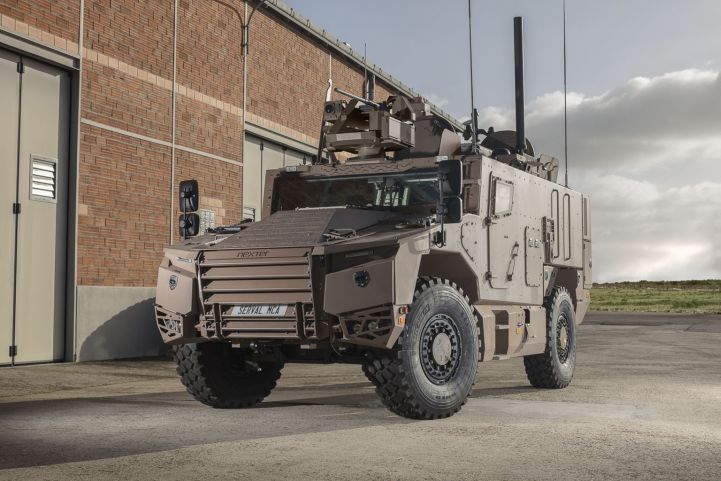 France’s Loi de Programmation Militaire (LPM) 2019–2025 military funding programme foresees the delivery of a total of 978 Serval vehicles by 2030. The DGA said on its website on 18 January that the Serval and the Griffon heavy VBMR, which it complements, will replace Véhicule de l’Avant Blindé (VAB) armoured vehicles, with the priority given to equipping light infantry brigades like the 11e Brigade Parachutiste (11th Parachute Brigade) and 27e Brigade d’Infanterie de Montagne (27th Mountain Infantry Brigade), as well as reinforce and support deployed forces.

The agency tasked Nexter and Texelis to develop the Serval in February, with testing beginning in September 2019. The DGA reported that development and qualification testing of Serval prototypes in its centres put the vehicle through its paces in all possible terrain, after accelerated wear and tear equivalent to several years, against mine explosions, and by loading them into A400M transport aircraft. Despite the disruption caused by the Covid-19 pandemic, this testing advanced sufficiently for the first vehicles to be ordered at the end of 2020, as set out in the LPM 2019–2025, according to the agency. Nexter and Texelis said qualification testing of around 10 prototypes would continue pending the first Serval deliveries.

The intergovernmental agreement between the Belgian and French governments on their Capacité Motoris...