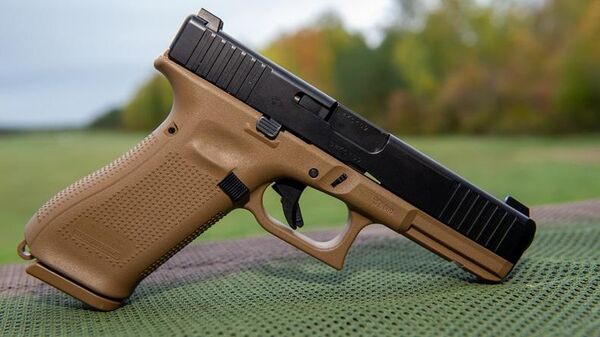 At the end of 2019, the DGA ordered the self-loading pistol from Glock, ammunition from Sellier & Bellot, and training conversion kits from UTM. The pistol features a coyote frame with a black slide and front serrations, luminescent U-shaped sights, and extended slide lock, according to Glock. Some will be issued with night sights, laser/light modules, threaded barrels, and sound suppressors, most likely for army commando units.