The French ministry for the armed forces has awarded Dassault Aviation a contract for the construction of seven Falcon 2000 LXS aircraft in the maritime surveillance configuration. France plans on eventually ordering a total of 12 such platforms for the navy. 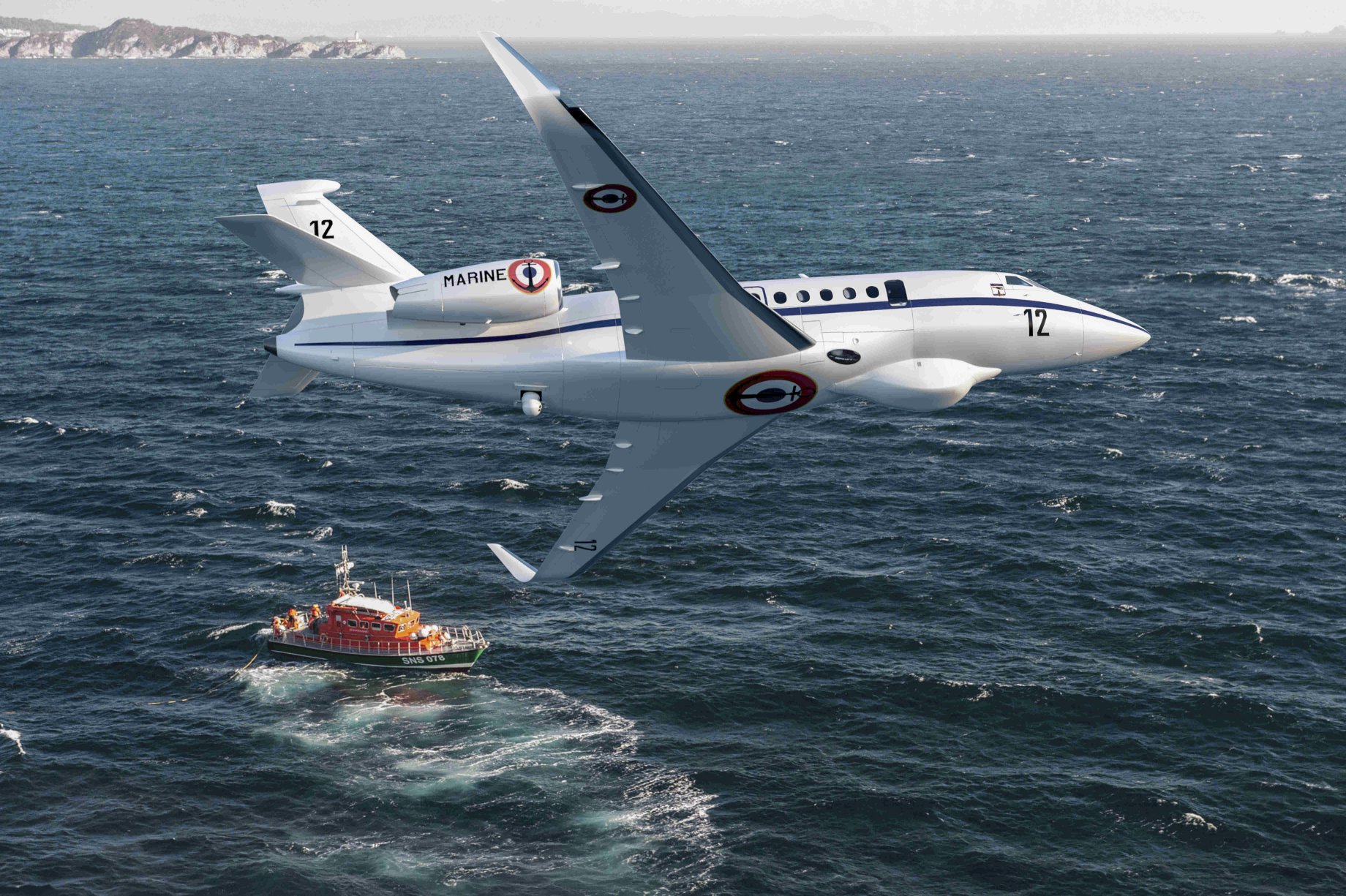 A Dassault Falcon 2000 for the French Navy. (Dassault)

Florence Parly, the French minister for the armed forces explained on 19 November, while visiting a Dassault aviation factory in Seclin in the north of France, that the new platforms will not only replace the current aircraft operated by the French Navy but will also bring increased capabilities. She specified that the Falcon 2000 LXS will be equipped with a tactical datalink system, a mission system, the Thales Searchmaster radar, the Safran Euroflir electro-optical turret, a search and rescue beacon detection device, air-droppable liferafts, observation windows, secured military communications, and a secured GPS receiver. Maximum flight time will reach 8 hours.

The studies for the Avion de Surveillance et d’Intervention Maritime (AVISMAR), maritime surveillance and intervention aircraft programme were launched in November 2018. The programme aims at replacing the five Falcon 200 Gardians and the eight Falcon 50Ms currently operated by the French Navy. The Gardians will be taken out of service in 2025 and the Falcon 50Ms in 2029. Both types will have served for more than 40 years.

The French ministry for the armed forces has awarded Dassault Aviation a contract for the constructi...