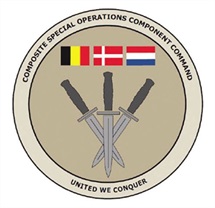 The footage shows at least two examples of the new SPH, which features storage racks for ammunition and charges that are located to the immediate rear of the protected cabin, being used by a light combined arms brigade within the PLAGF’s 72nd Group Army during a live-fire drill held at an undisclosed location in China.

A screengrab from CCTV footage released on 8 December showing two new 122 mm CTL181A-based SPHs being used by a light synthetic brigade within the PLAGF’s 72nd Group Army during a live-fire drill, suggesting that the system has entered service. (CCTV)

CCTV reported that the first of these SPHs was handed over to the brigade, which was also shown operating Dongfeng Mengshi CSK181 4×4 armoured vehicles, “during the second half of the year”, but did not specify when.

The footage shows that the SPH, which is being commonly referred to as PCL-171, is equipped with a semi-automatic loading system. Within this system, the loading process is carried out automatically by a moving loading arm and mechanical rammer. However, the loading system does not draw ammunition from a magazine, and instead the loading arm must be manually fed a shell after the previous shell has been loaded.