Kristof Verjans, a member of FN Herstal’s demonstration team, said during an online video presentation that the weapon “is a true ultralight machine gun; it combines the firing capabilities of a machine gun with ergonomics similar to an assault rifle”.

The Evolys, which will be available in the 5.56 × 45 mm and 7.62 × 51 mm NATO calibres, combines a form factor similar to the FN SCAR series of assault rifles (and other FN machine guns such as the Minimi) with a range of new design features and concepts to deliver a highly mobile LMG.

Yves Roskam, FN Herstal’s business development manager, said the Evolys was designed around the idea that “operations in urban areas have become the rule rather than exception” and that forces “must have multiple capabilities always available down to the smallest tactical unit”. Specifically, Roskam highlighted three roles the gun was designed to address: closing with the enemy, suppressive fire, and selective engagement. 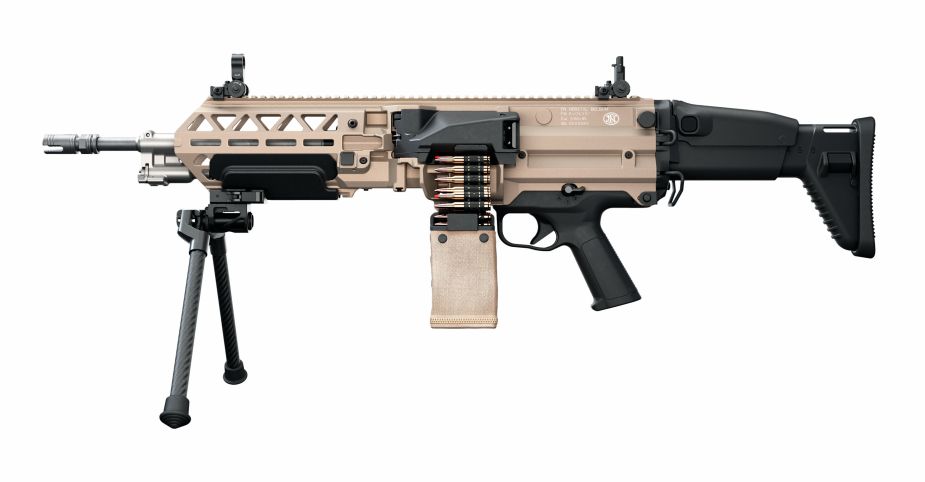