The first of 14 newbuild CH-47F Chinook heavy-lift helicopter for the Netherlands arrived in the country on 14 April, two weeks after being formally handed over at the manufacturer’s Philadelphia production facility in the United States. 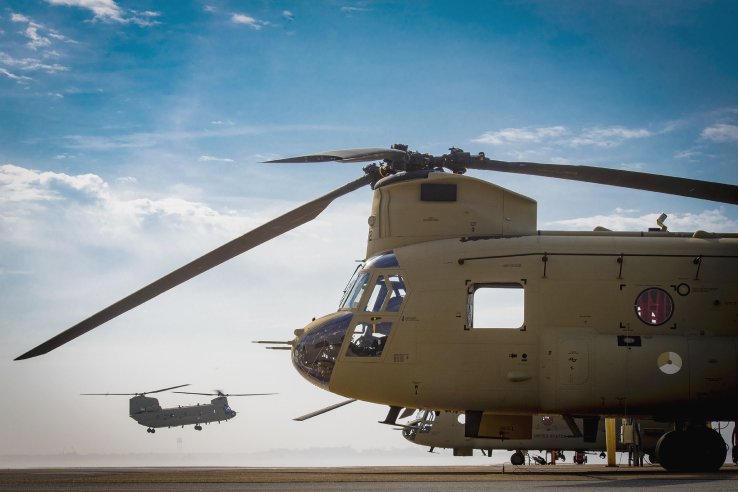 The first of 14 newbuild CH-47F Chinooks for the Netherlands seen at Boeing’s Philadelphia production plant prior to delivery. With six upgraded CH-47Fs already in service, the RNLAF will have a fleet of 20 commonly configured helicopters by the time deliveries are complete before the end of 2021. (Boeing)

The helicopter, which is the first to be built for the Royal Netherlands Air Force (RNLAF) with the advanced digital cockpit, joined 298 Squadron at the home of the service’s rotary-winged force at Gilze-Rijen Air Base. As previously noted by Boeing, delivery of the remaining aircraft is expected to continue into 2021.

In 2016 the country acquired a further 12 newbuild CH-47F Chinooks through the US Department of Defense Foreign Military Sales programme, and two further helicopters were added to the order the following year for a total order of 14. With the CH-47Ds due to be retired, the six CH-47Fs are being upgraded to serve alongside the 14 newbuild CH-47Fs to give the RNLAF a fleet of 20 commonly configured Chinooks to be used for troop movement, medical evacuation, aircraft recovery, parachute drop, search-and-rescue, disaster relief, firefighting, and heavy construction support.

The first of 14 newbuild CH-47F Chinook heavy-lift helicopter for the Netherlands arrived in the cou...