US Naval Air Systems Command (NAVAIR) announced on 21 April that the first of 24 MH-60R multirole naval helicopters on order for the Indian Navy (IN) conducted its maiden flight at Lockheed Martin’s Rotary and Mission Systems (RMS) plant in Owego, New York.

The announcement, which was made via Twitter, came after the US Department of Defense (DoD) revealed in July 2020 that Lockheed Martin had been awarded a USD18.1 million contract modification by NAVAIR to configure three ‘Lot 14’ MH-60Rs for the IN.

These first three rotorcraft are to be delivered to the US Navy for onward transfer to the IN, which will employ them for training purposes in the United States before delivery of the remaining 21 rotorcraft gets under way, according to Indian defence sources. Work on the first three platforms is slated for completion by March 2022.

In May 2020 the Pentagon announced that Lockheed Martin had secured a USD904.8 million contract for the supply of the 24 MH-60Rs to India under the US Foreign Military Sales (FMS) programme, with work expected to be completed by September 2024. 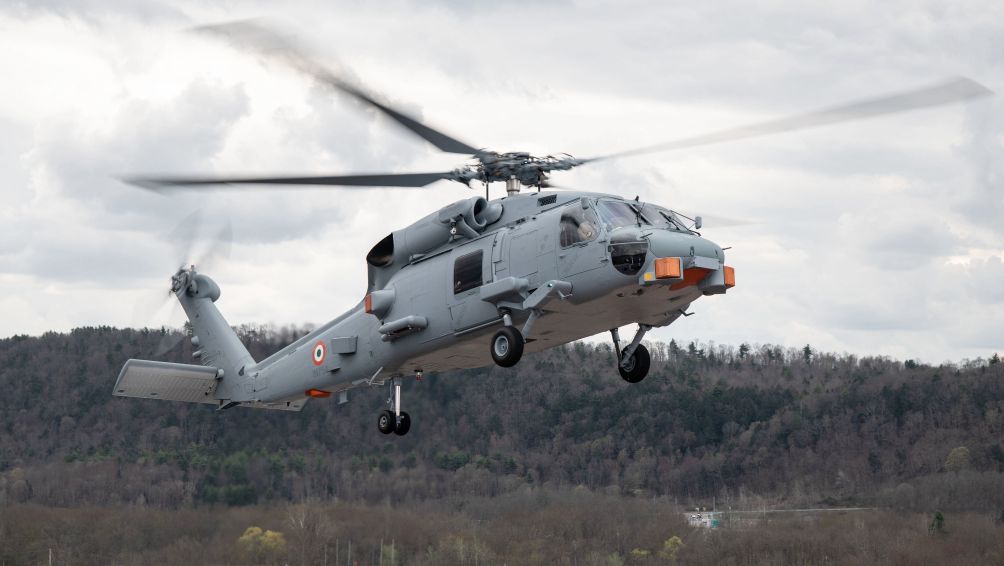 US NAVAIR announced on 21 April that the first of 24 MH-60R naval helicopters on order for the IN conducted it first flight at Lockheed Martin’s RMS plant in Owego, New York. (US NAVAIR )

IN sources have told Janes that, while the contract awarded to Lockheed Martin is valued at USD904.8 million, the total estimated value of the MH-60R deal, which was approved by the US Congress in 2019 and India’s Cabinet Committee on Security (CCS) on 19 February 2020, is USD2.6 billion.