The first of its Airbus A330 Multi-Role Tanker Transport (MRTT) aircraft to be configured for the medical evacuation (MEDEVAC) role has been received by the Multinational Multirole Tanker Transport Unit (MMU) at Eindhoven airbase in the Netherlands. 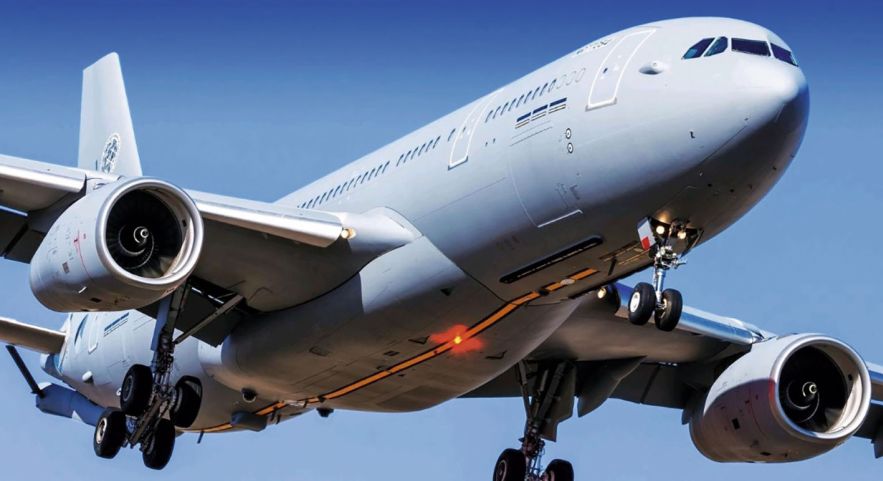 The Multinational Multirole Tanker Transport Unit has now received three of its nine A330 MRTT aircraft, including the first to be configured for the aero medical evacuation role. (NSPA)

The milestone, announced on 19 November, saw Multinational Multi-Role Tanker and Transport Fleet (MMF) aircraft MMF3/T-056 delivered after having been outfitted with its MEDEVAC equipment at the MMU’s forward operating base at Cologne-Wahn airbase in Germany.

The MMF capability comprises NATO members Belgium, the Czech Republic, Germany, Luxembourg, the Netherlands, and Norway, with the MMU operating unit composed of military personnel from these six participating nations. To date, three of nine MRTT aircraft have now been delivered to the MMU with the remainder set to be handed over through to 2024.

Managed by the NATO Support and Procurement Agency (NSPA) with support from the Organisation for Joint Armament Cooperation (OCCAR), the MMF capability will provide the participating nations pooled access to aerial refuelling (hose-and-drogue and boom/receptacle), strategic passenger and cargo airlift, as well as MEDEVAC capabilities. Five MRTTs will operate from the main operating base at Eindhoven airbase, and three from the forward operating base at Cologne-Wahn airbase. To ensure a permanent MEDEVAC capability, one of the aircraft located at Cologne-Wahn will be on permanent standby in this configuration as of the end of 2021.

The first of its Airbus A330 Multi-Role Tanker Transport (MRTT) aircraft to be configured for the me...