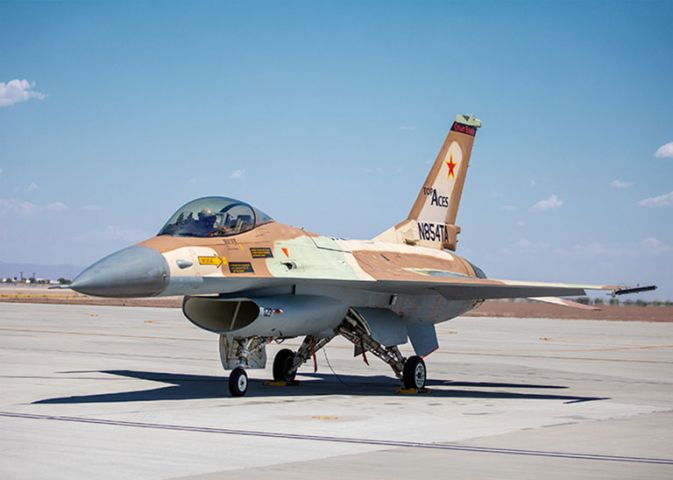 Top Aces Corporation announced on 19 May that the surplus F-16s it recently received from Israel have now been certified by the US Federal Aviation Administration (FAA).

“Top Aces took delivery of its first four F-16s in January, becoming the first private company in the world to own and operate a fourth-generation fighter aircraft,” the Canadian-based contractor said. “Top Aces’ highly skilled in-house maintenance team then returned the aircraft to full operational and airworthy status at its F-16 Center of Excellence in Mesa, Arizona. This week marks a historic achievement as Top Aces’ first F-16 obtained FAA certification and successfully performed its initial test flight.”

Top Aces received the first of 29 F-16A/B ‘Netz’ jets in January, noting that the aircraft will be flown out of the company’s Mesa base in support of US Department of Defense (DoD) adversary air training.