The first Leonardo AW101 anti-submarine warfare (ASW) and combat search-and-rescue (CSAR) helicopter on order for the Polish Navy conducted its maiden flight at Leonardo's Yeovil facility on 19 July, ahead of further testing activity.

The company announced the milestone the following day, adding that functional checks were performed on the main airframe systems, control system, and engine handling during the flight. “The flight represents not only the culmination of the design and production processes but also the start of the thorough testing phase of the aircraft's development”, said Miles Barnett, Senior Test Pilot at Leonardo Helicopters (UK).

As noted by Barnett, 700 hours of flight testing will be performed across all four airframes on order to verify “the correct function of each aircraft as well as develop and validate a broad range of mission and customer specific changes from the standard AW101”. 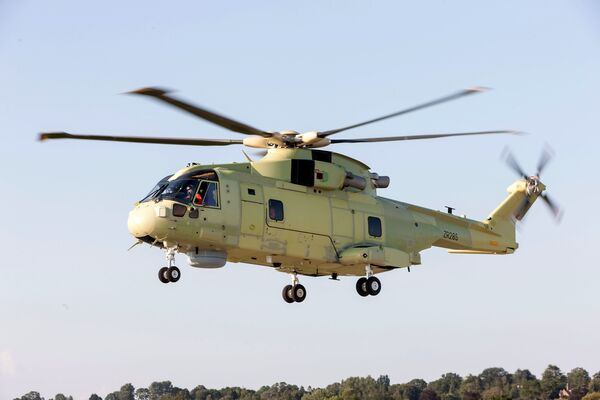 The first of four AW101 ASW/CSAR helicopters for the Polish Navy conducted its maiden flight on 19 July at Leonardo's Yeovil facility. (Leonardo)

Leonardo also remarked that the flight is the culmination of a collaborative effort between its entities in Italy and the United Kingdom and the company's Polish subsidiary PZL-Świdnik. The latter acts as prime contractor for the Polish acquisition programme, while final assembly of the helicopters takes place at Leonardo's facilities in Yeovil.

As previously reported by Janes

The Philippines and Poland have signed an agreement aimed at paving the way for government-to-govern...
Request Consultation