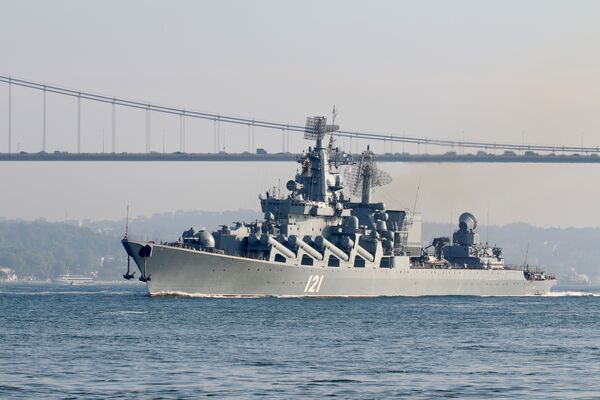 The Russian Navy's Project 1164 Slava (Atlant) class cruiser Moskva has been seriously damaged, with conflicting reports as to the cause.

According to the US State Department, Moskva was operating 60-65 n miles off the coast of Odessa.

Citing the Russian Ministry of Defence, state media agency RIA Novosti reported on 14 April that a fire onboard the cruiser led to the detonation of ammunition. The report also stated that the crew was completely evacuated, and that the cause of the fire is being established.

Posting on his Telegram social media account on 13 April, however, Ukrainian governor for the Odessa region Maksym Marchenko said that Moskva had been seriously damaged by missiles fired from the Ukrainian Neptune anti-ship missile system. He did not provide any evidence of the claim.

According to a Reuters report the fire has been contained and measures are underway to bring the ship back to port as it remains afloat. The report added that Moskva's main weaponry was not damaged.

Without imagery of the Moskva , the exact cause and extent of damage to the ship could not be ascertained the at the time of writing.

The ship has been a critical component in the Russian military's campaign in the south of Ukraine, and was providing area air defence cover to naval assets as well as shore bombardment and land attack capabilities.