Finland has signed a USD32 million contract with BAE Systems to upgrade its fleet of CV90 infantry fighting vehicles (IFVs), the company announced in a press release on 27 July. 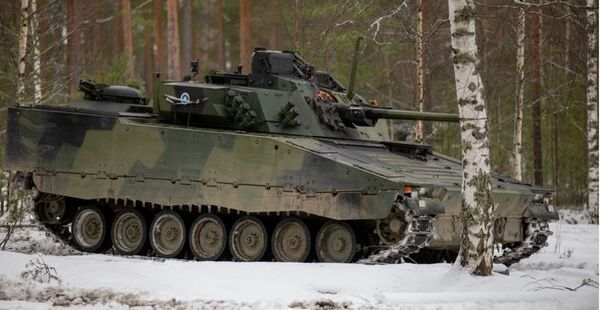 Finland has signed a contract with BAE Systems to upgrade its CV90 IFVs. (Photocred FDF)

BAE Systems said the mid-life extension (MLE) would “increase the vehicles' combat efficiency for the future battlefield”. The Finnish Ministry of Defence (MoD) told Janes on 29 July that two CV9030FIN prototypes, three test series vehicles, and the first six series vehicles would be upgraded, with options to upgrade the remaining 91 IFVs. BAE Systems said the prototypes and test series vehicles would be upgraded first, followed by the remaining life-cycle upgrades in 2022–26.

The MLE aims to ensure the availability and extend the life cycle of the IFVs to the 2030s, improving the general availability and maintainability of the vehicle, further developing in-service safety, and upgrading the system's technology and software. Colonel Rainer Peltoniemi, the Finnish Army's Inspector of Infantry, explained that the upgrade “will make it possible to eventually have a more extensive mid-life upgrade performed on the vehicles during the latter part of their life cycle”.

The Finnish Army announced in a press release on 23 June that Defence Minister Antti Kaikkonen had authorised the Defence Forces Logistics Command the day before to procure the MLE.

BAE Systems said it would work closely with Finnish industry on the upgrade. The Finnish Army explained that BAE Systems Hägglunds would subcontract domestic contractor Millog, a strategic partner of the Finnish Defence Forces for securing security of supply.

The army put the total costs of the MLE, including options, at EUR33 million (USD39 million).

Finland has signed a USD32 million contract with BAE Systems to upgrade its fleet of CV90 infantry f...