“We settled on an 8×8 in the 40-tonne class as there are many out there, however Genesis is mainly a technology demonstrator for alternative propulsion concepts,” Jehn explained, adding that the Fennek successor and Mobile Ground Combat System were two programmes that Genesis could influence. However, it is understood that the technology is scalable and could also be applied to four- or six-wheeled vehicles. 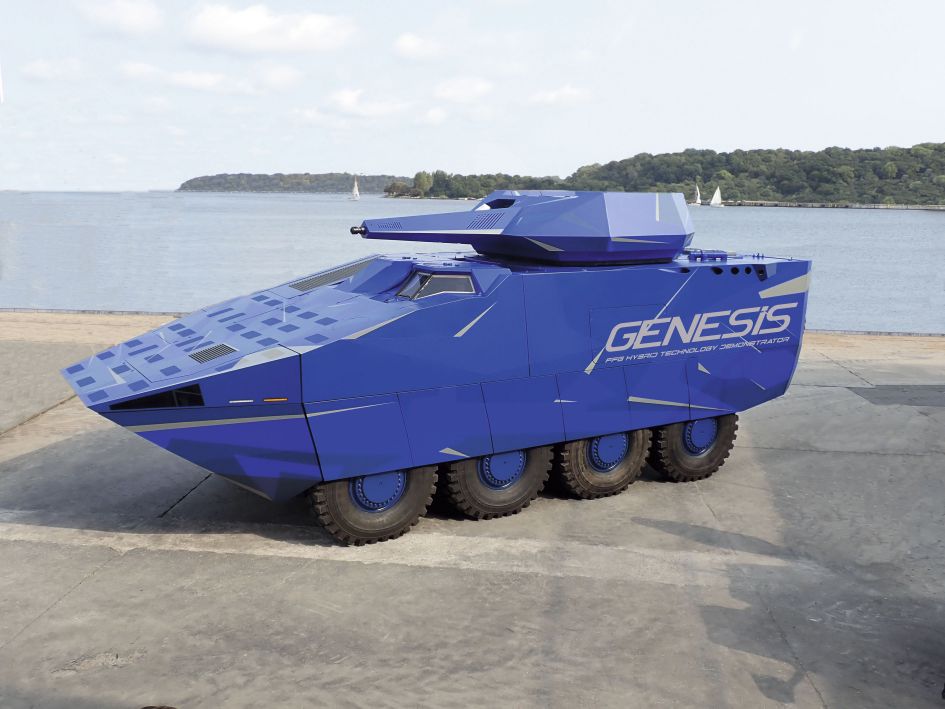 The Genesis technology demonstrator has been in development since 2017. (FFG)

According to FFG, Genesis utilises a fully hybrid-electric propulsion system, which includes electric motors with reduction gears that are powered by lithium batteries. This enables the vehicle to have permanent eight-wheel drive, with steering, acceleration, and braking controlled by adjusting the RPM and torque at each individual wheel station.

“It is not known if the design has any limitations in mobility as a result of the hybrid system and none are expected. However, we will now enter a thorough two-year testing period to fine-tune the system, learn more, and fully verify its performance,” Jehn added.

The Portuguese Army is considering adding an active protection system (APS) to its Krauss-Maffei Weg...