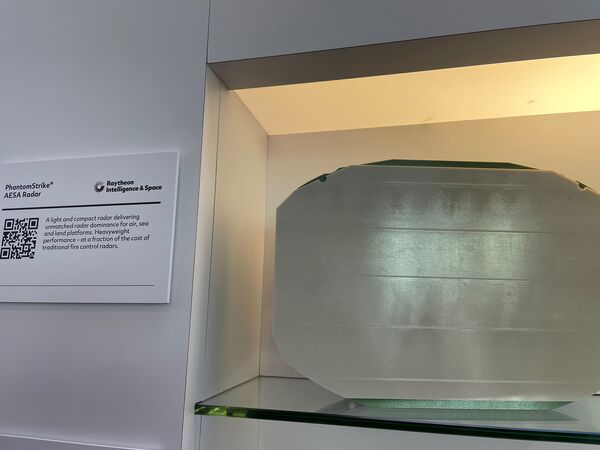 Raytheon plans to have its PhantomStrike active electronically scanned array (AESA) radar ready for export by 2025.

Speaking to Janes at the Farnborough International Airshow 2022 on 20 July, Eric Ditmars, president of Secure Sensor Solutions, Raytheon Intelligence & Space, said that the company intends to have its radar exportable by 2025, with plans to integrate the system onto specific platforms by the end of 2023 or early 2024.

It utilises gallium nitride (GaN) power, digital beamforming and steering, digital receiver/exciter, a processor called Chirp, which has been developed by the Raytheon Missiles & Defense business, and an air-cooled design, he said.

The Chirp has undergone thermal testing, where it has followed the modelling perfectly.

He did not divulge the specific range of the radar. However, he said that the small array has a range that is equal to the F-16, while the medium array can outperform the F-16.

He said that the French military have expressed an interest in the system and are interested in installing the radar on their Mirage aircraft.

The system is also scalable to suit the size of the aircraft, he said.