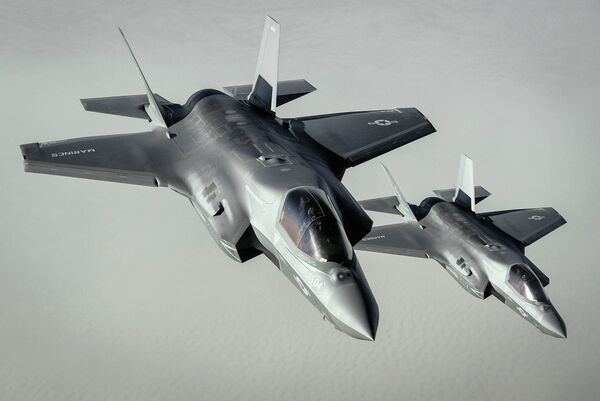 Speaking under the Chatham House Rule, the official said that, in addition to the already known competition in Finland and the previously disclosed requirement in Greece, the F-35 is currently engaged in hitherto undeclared campaigns in two other European countries.

“A number of other [European] countries have expressed interest officially, and that would be Spain, Greece, and the Czech Republic. [These] are in active campaign,” the official said on 3 November.

According to the official, the Spanish tender covers both the air force and the navy for 25 conventional take-off and landing (CTOL) F-35As to replace the former's Boeing F/A-18 (EF-18 in national service) Hornet, and 25 short take-off and vertical-landing (STOVL) F-35Bs to replace the latter's McDonnell Douglas AV-8B Harrier II/II+ (VA.2 in national service). A type selection is planned for 2025, with deliveries to begin from about 2027. The Czech requirement is for as many as 40 aircraft with the same timelines, with the F-35A variant being offered (the Czech government also requested information on the F-16, but Lockheed Martin chose to focus its bid on the F-35A).

As the Spanish Navy currently operates the McDonnell Douglas AV-8B Harrier II/II+ (VA.2 in national service) from its amphibious assault ship Juan Carlos I , it has long been known that the service will need to procure the F-35B as the only other STOVL aircraft when it eventually retires the Harrier in the early 2030s. Speaking to Janes