Shawn Warren, General Electric (GE) Aviation vice-president and general manager of large combat and mobility engines, told Janes on 17 September that the company wanted to produce its F110-GE-129 offering at a rate of 90–100 engines yearly. GE, he said, produced 10 of the engine in 2019 and will likely produce 30 of the propulsion system in 2020. 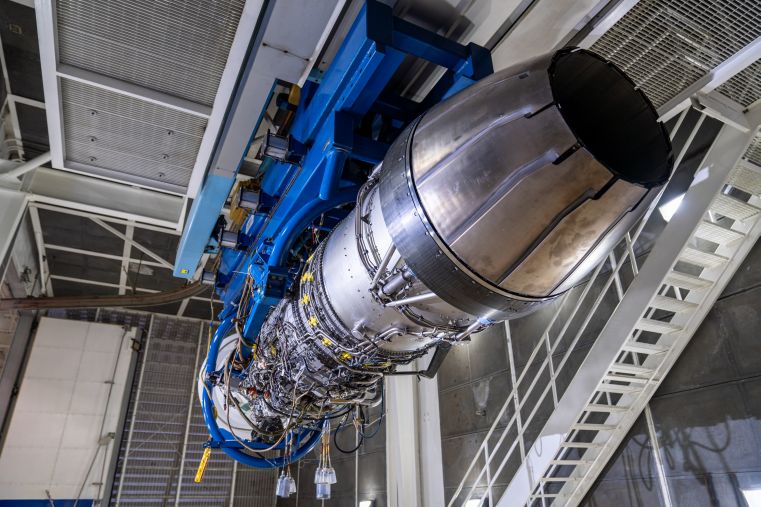 General Electric’s F110-GE-129 engine that it is offering for the US Air Force’s F-15EX engine competition. The company will produce 30 units of the engine in 2020. (General Electric)

GE is forecasting, and working toward, being able to build roughly 100 units of the engine per year starting in 2024. Warren said that GE had produced propulsion systems at this rate before, and therefore it would be about re-energising the supply base to be able to return to this production pace.

Kinda Eastwood, Pratt & Whitney integrated customer solutions executive director, told Janes on 18 September that the company was offering its F100-PW-229 for the F-15EX engine competition. The company, Eastwood said, is seeking to support an annual production rate capacity of 96–120 propulsion systems per year for the competition.

Pratt & Whitney is implementing options to invigorate the supply base and invest in the production line to support this expected production rate. Eastwood said that this pace would fully support future international and Pentagon demand, including for the F-15EX.

US lawmakers want an update on the US Air Force’s (USAF’s) progress with the Boeing B-52H Stratofort...