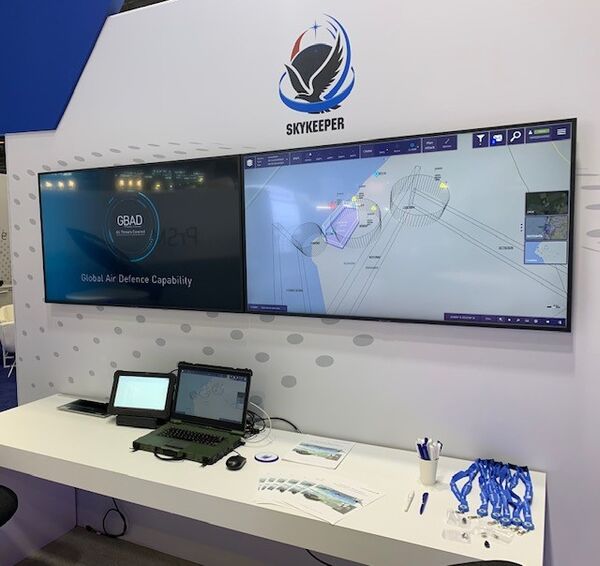 Lockheed Martin is working with a number of European companies as part of their SkyKeeper solution.

SkyKeeper is a modular battlespace management command, control, communications, computers, and intelligence (C4I) system that can be integrated with any type of effector, kinetic or non-kinetic, from missiles to jammers. The scalable system offers airspace management, airspace surveillance, and GBAD command-and-control (C2).

Weibel, a company that specialises in counter-unmanned aerial systems (C-UASs), is working with Lockheed Martin to deliver its XENTA-C X-band drone detection radar to the SkyKeeper solution, Turner detailed.

The Elvira solution is a drone detection and tracking radar, which has a micro-Doppler capability.

SkyKeeper has been a core part of the UK Ministry of Defence's (MoD's) Land Environment Air Picture Provision (LEAPP) programme since 2014 and traces its heritage back to the British Army's Automated Sense and Warn (AS&W) system.

An early iteration of SkyKeeper has, since December 2014, been fielded as the tactical battle management C4I component of the LEAPP capability operated by the British Army.

Lockheed Martin is working with a number of European companies as part of their SkyKeeper solution.