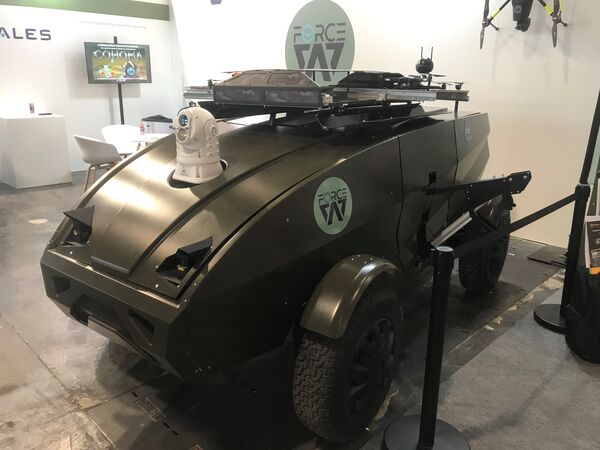 The French Army approached a series of firms and research institutes with a request to develop a hydrogen-powered unmanned concept vehicle in February 2022, according to a representative of Force W. The project was initiated by Battle Lab Terre, the French Army's research and development centre, with the intention of exploring possible applications of hydrogen technology in unmanned ground systems. The result was the formation of the Force W consortium and ultimately the production of the Weasel unmanned ground vehicle (UGV), produced in five months.

Speaking to Janes, a representative of H2X Ecosystems, one of the firms in the Force W consortium, said, “They [the French Army] want to explore how hydrogen can facilitate … solutions to different light [ground vehicle] usages such as carrying people, carrying some UAVs [unmanned aerial vehicles] and UGVs, and recognition missions.” The Weasel system exhibited at Eurosatory 2022 integrated small UGV carriers for the deployment of robot dogs or small-wheeled UGVs, and a launcher for UAVs.

Janes understands that the French Army is interested in exploring hydrogen technology not only because it is a green fuel but also because of the rapidity with which the system can be recharged. Weasel's propulsion system integrates a hydrogen tank, a fuel cell, and a battery. The hydrogen tank, which weighs approximately 40 kg, can be replaced in approximately 15 to 30 seconds with no need to replace other components or recharge the battery.