Ethiopia may have Iranian UAVs

Photographs of a visit by Ethiopian Prime Minister Abiy Ahmed to an airport in the northeastern province of Afar suggest his country's military has acquired unmanned aerial vehicles (UAVs) from Iran to use against the rebel Tigray Defence Force (TDF). 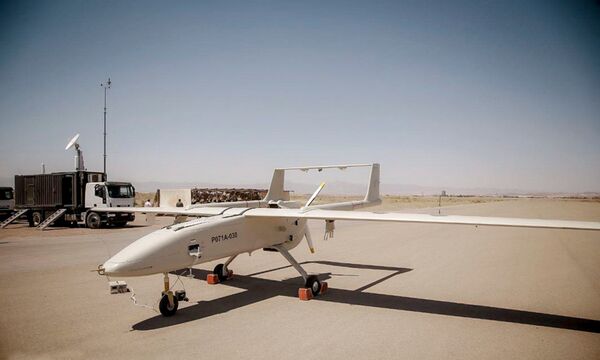 An Iranian Mohajer-6 UAV with its GCS at an airstrip near Gonabad in July 2019. The GCS being used by the Ethiopian military is similar, although not identical. (Defapress.ir)

The photographs of the visit were released by pro-government social media channels on 3 August and showed Abiy inspecting at least one UAV and its mobile ground control station (GCS) at Semera airport.

The UAV could not be seen clearly, making it impossible to identify conclusively, but satellite imagery revealed that two aircraft with a wingspan of 10–11 m have been deployed to Semera. This fuelled speculation about the type of UAV Ethiopia has acquired, with analysts noting that both the Karayel made by the Turkish company Vestel and the Chinese GAIC Air Sniper are about this size.

The photographs showed the GCS more clearly and it appeared to be very similar to the ones used by the Iranian military. Observers also noted that the displays showing the video feed from the UAV had an identical information overlay as Iranian systems.

Image enhancement used by the Bellingcat investigative website indicated that the UAV seen in the photograph was a better match for the Iranian Mojaher-6 than the Vestel or Air Sniper.

The Mohajer-6 has a wingspan of 10 m, according to a specification sheet displayed at the Russian MAKS show in 2017. It was unveiled in April 2016 and was reported to have entered mass production in February 2018. It is capable of carrying the Qaem family of small guided bombs.

Photographs of a visit by Ethiopian Prime Minister Abiy Ahmed to an airport in the northeastern prov...