Next article
Germany invests in Luftwaffe

Elbit Systems’ C4I & Cyber Division is to supply the Canadian Land Forces with its ELSAT 2100 satcom on-the-move (SOTM) system to provide a real-time broadband communication system, according to a 3 March company statement.

The system is to be provided under the Land Command Support System Life Extension (LCSS LE) programme, and Elbit Systems was contracted by Rheinmetall Canada Inc to provide this element of the project. Jane’s sources have suggested that the system will be installed on Canadian LAV 6.0 and Bison armoured fighting vehicles.

The upgrade would enable Canadian ground troops to “maintain long-range voice and data connectivity between mobile command vehicles, liaison elements, high-priority sensor vehicles, as well as tactical headquarters or command posts”, Elbit Systems said in a statement. It will also provide a high capacity network with command-on-the-move capabilities during combat. 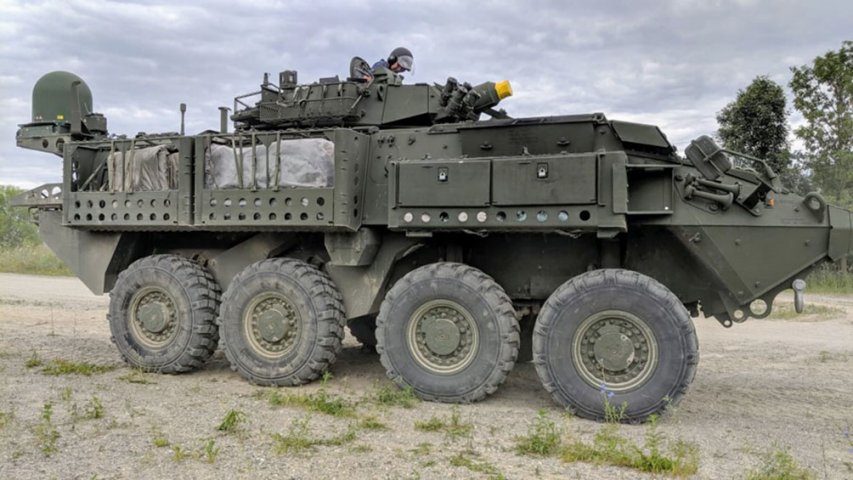 The ELSAT 2100 utilises military and commercial satellites, including the US Department of Defense’s Wideband Global Satcom (WGS) network, and according to Elbit Systems these can be rapidly reconfigured to operate in the X, Ku, and Ka radio frequency bands by removing the radome and replacing the radio frequency front end equipment.

The small dish antenna has four axes of rotation, azimuth is continuous, the elevation range is from -5 to 90 degrees, and it has a roll range of +/- 25 degrees. Polarization is +/- 90 degrees. Elbit also said it supports high data uplink or downlink rates.

Thales UK has confirmed that it is supplying its Catherine MP thermal imaging (TI) camera as a repla...