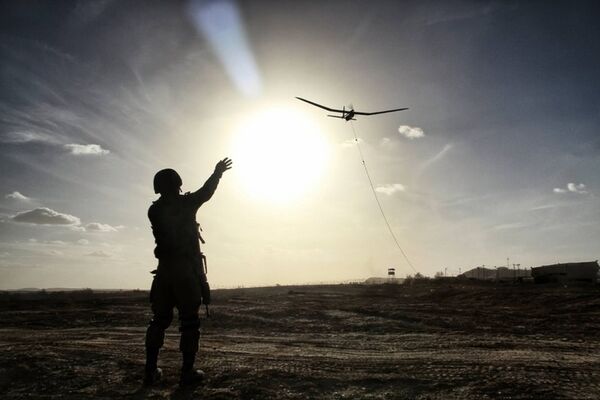 Elbit Systems UK has formed and will lead a British industrial team of suppliers to compete for emerging unmanned aircraft system (UAS) programmes, the company announced on 20 January.

While Elbit Systems UK is experienced in UAS design and systems integration, the company hopes that utilising the skills of partner organisations and suppliers will enable the team to collectively deliver fully integrated and supported UAS capabilities. Co-operatively, Team Elbit intends to leverage their product portfolio, including the Skylark mini-UAS, to meet emerging requirements.

An Elbit Systems UK joint venture – UAV Tactical Systems (U-TacS) – will be one member of the team. Based in Leicester, U-TacS is responsible for delivering the Watchkeeper UAS to the British Army, and will contribute system integration, through-life support, and through-life management to the wider industrial team.

QinetiQ will join the group to drive innovation by “developing a collaborative supplier framework of leading UAS technology”, according to the announcement.

An Elbit Systems UK spokesperson told Janes that the team will concentrate on UK opportunities only at this point. They declined to comment on what programmes the team would target.

The group will also collaborate with additional suppliers in the following areas: platforms, payloads, communications, and processing. They claim this will enable them to deliver rapid and novel technology at pace.

Elbit Systems UK has three subsidiaries and six sites in the UK. It has contributed towards the delivery of the Watchkeeper

Elbit Systems UK has formed and will lead a British industrial team of suppliers to compete for emer...