The video, which was released on 13 January to highlight the capabilities of the Egyptian armed forces, shows a pair of MiG-29Ms equipped with centreline hose-and-drogue units preparing to offload fuel to two Dassault Rafale combat aircraft. 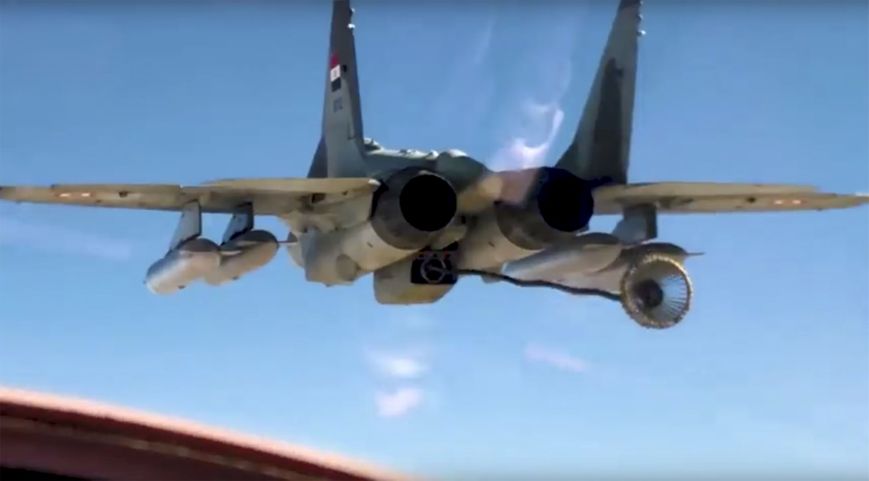 Prior to the release of this footage, it was understood that the Egyptian Air Force (EAF) did not possess any aerial refuelling assets, meaning that the ability of its aircraft to operate beyond the country’s national borders was limited.

While the video showed MiG-29Ms offloading fuel to Rafales, the system would be able to refuel any receiver aircraft fitted with a probe. For the EAF, this comprises the MiG-29M, Rafale C/DM, McDonnell-Douglas F-4E Phantom II, Dassault Mirage 2000EM, and Dassault Mirage 5E2/R/A aircraft types. As noted by Jane’s World Air Forces , the EAF fields 14 MiG-29Ms, 23 Rafale C/DMs, an unknown number of F-4Es (to be replaced by the Rafales), 15 Mirage 2000EMs, and 27 Mirage 5E2/R/As.

Egypt now has the capability to aerial refuel combat aircraft, with an official video released by th...