Ecuador has received the first two of six Airbus Helicopter H145 rotorcraft to be fielded by the South American nation in place of the already-retired HAL Dhruv and alongside recently procured Leonardo AW119Ke helicopters. 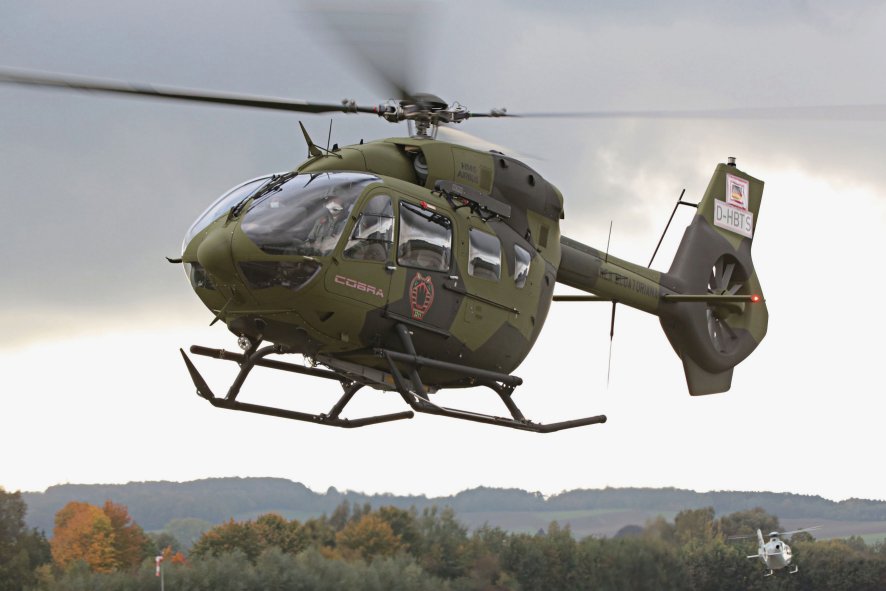 One of the first two H145 helicopters handed over to the Ecuadorian Air Force. The service is to receive six such platforms in all. (Airbus Helicopters)

The H145 helicopters were officially handed over to the Ecuadorian Air Force (Fuerza Aérea Ecuatoriana: FAE) during a ceremony at Airbus Helicopters’ Donauwörth facility in southern Germany on 27 October.

“Airbus Helicopters has delivered two H145s to the Ecuadorian Air Force: the first military customer in South America for this multi-purpose twin-engine helicopter. A total of six H145s will be delivered over the next year. The H145 helicopters, known as ‘Cobra’ in the Ecuadorian Air Force, will be assigned to the 22nd Combat Wing in Guayaquil. The contract includes training for 12 pilots and 15 technicians as part of an in-country operational training programme,” the manufacturer said.

Set to replace seven Hindustan Aeronautics Limited (HAL) Dhruv helicopters that were purchased by the FAE in 2009, which retired just five years later, and to complement four AW119Ke helicopters purchased in 2019, the six H145s will be used in roles such as border surveillance, counter narcotics, high-altitude search-and-rescue (SAR), medical evacuation, and disaster relief, both day and night.

Ecuador has received the first two of six Airbus Helicopter H145 rotorcraft to be fielded by the Sou...