Israel Aerospace Industries (IAI) announced on 2 June that it had successfully carried out a test involving two Long-Range Artillery Weapon System (LORA) ballistic missiles that hit separate targets at sea after being launched from a ship. 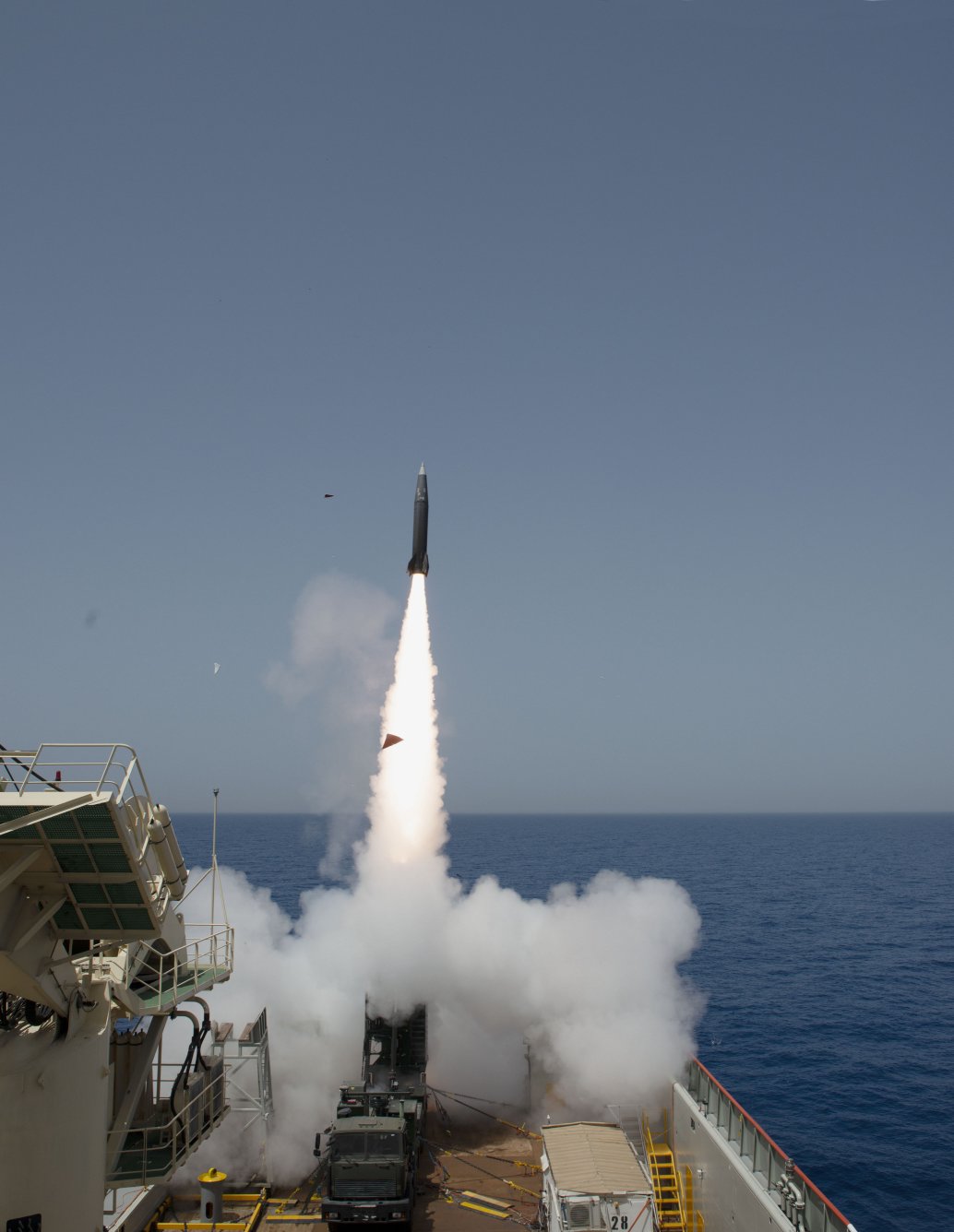 One of the two LORAs is launched from a wheeled launcher embarked on the civilian ship used for the test.

“The complex trial included two scenarios to test and demonstrate LORA’s advanced capabilities. The first scenario involved a short-range launch to 90 km and the second to a long range of 400 km,” the company said in a statement. Both targets were accurately hit, it added.

Boaz Levy, executive vice president and general manager of IAI’s Systems, Missiles, and Space Group, told journalists in a conference call that these distances were close to the missile’s minimum and maximum ranges. “In this latest trial, we decided to fire two missiles and check them at long and short ranges. We improved electronics and algorithms that mainly affected precision,” he said.

“It can be installed on any ship. This is an attack weapon that can receive its targeting information from many sources,” he added.

The test was carried out with the support of the Israeli military and involved a land-based LORA launcher embarked on a ship to “comply with the safety requirements of trials of this type”, IAI said. The test was also managed remotely due to Covid-19 restrictions.

Developed by IAI’s MALAM division, the LORA is a surface-to-surface missile that IAI says “provides ballistic assault capabilities for multiple ranges with a precision level of 10 m circular error probable”. The missile can be fitted with a penetration or fragmentation warhead, usually one that weighs more than 200 kg, and uses GPS/inertial navigation system (INS) guidance.

Israel Aerospace Industries (IAI) announced on 2 June that it had successfully carried out a test in...