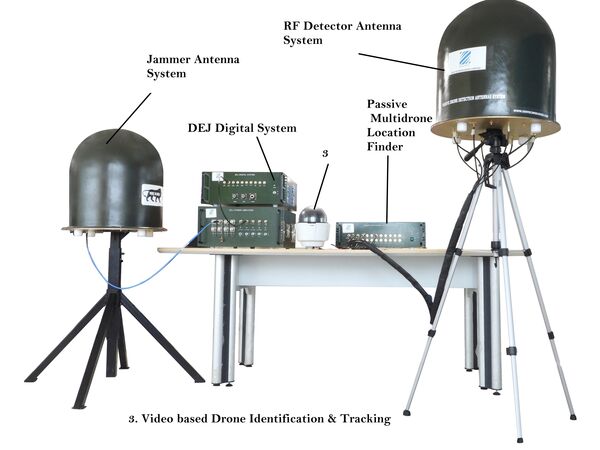 Zen Technologies has delivered two units of its counter-unmanned aerial system (pictured above) to the IAF. The system includes an electronic jammer, a radio frequency detector, a passive location finder, and a video-based UAV identification and tracking equipment. (Zen Technologies)

The IAF has placed an order for 25 units of Zen's C-UAS, Imran said, adding that the rest of the 23 units will be delivered by October 2022.

The ZADS units, which are being delivered to the IAF, have a 5 km range for detection, a 4 km range for jamming, and are capable of operating at a maximum altitude of 5,000 m, Imran said.

ZADS is able to match and identify unmanned aerial vehicles (UAVs) with the help of an inbuilt library, which can be regularly upgraded, he said.

Zen Technologies is pursuing talks with the Indian Army to establish a deal for ZADS, Imran noted.

ZADS is not a manportable system at present, Ali Adil Mahmood, vice-president of projects at Zen Technologies, told Janes at East Tech 2022.

“The systems can be mounted on a moving vehicle, but have to be static when employed,” Mahmood said.