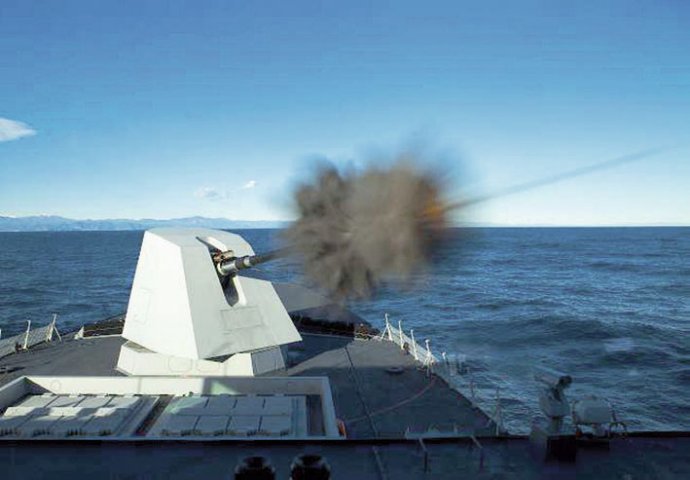 The MoD said that the medium gun system would be used mainly for surface fire and naval gunfire support, as well as for air defence.

Leonardo's website lists the system's four subsystems as the 127/64 LW Gun assembly, a modular automated ammunition handling system, the Naval Fire Control Support mission planning system, and the Vulcano ammunition family. The 127/64 LW-Vulcano has a modular feeding system composed of four drums with 14 ready-to-fire rounds each that can be reloaded during firing, and that can be selected independently from their position in the drums. The gun can fire standard 127 mm rounds and precision-guided munitions, the latter with a range of up to 100 km, according to the MoD.

Thales will connect the gun and subsystems to the LCF CMS. The 127/64 LW-Vulcano's digital/analogue interface and ballistic calculation capabilities enables its smooth integration into any CMS, according to Leonardo.

The RNLN's Directorate of Materiel Maintenance (DMI) will adapt the structure of the frigate for installation of the gun, for which it will produce parts.

Although the US Marine Corps (USMC) will still use traditional relatively large amphibious-centric U...