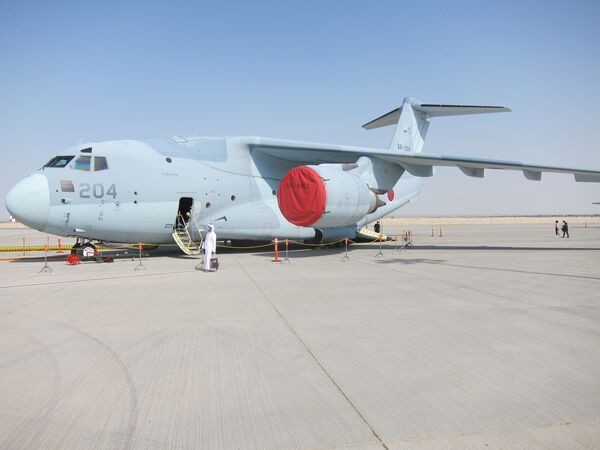 The C-2 featured at the Dubai Airshow 2021, as Japan looks to market the airlifter to the Middle East in general, and the UAE in particular. (Mohammed Najib)

The Japanese Ministry of Defense displayed the C-2 at the Dubai Airshow 2021, held from 14 to 18 November, and is in advanced talks with the UAE that are coming to fruition, the sources said.

Colonel Yutaka Saito, programme manager for the C-2, told Janes on 17 November, “We are considering possibilities to co-operate with countries in the Middle East, and the governments of Japan and the UAE continue to discuss what kind of co-operation would be possible between the two countries.”

Col Saito considers the characteristics of the C-2 military transport aircraft – its high speed, extended range, and high service ceiling – as advantages in comparison with the competition.