The Chengdu Aerospace Corporation (CAC), one of two major fighter aircraft design and production centres in the People’s Republic of China (PRC), revealed the export variant of its J-10 fighter at the 17-21 November Dubai Airshow. Designated the FC-20E, the design is a near-parallel configuration of the J-10C, the third major iteration of the aircraft. 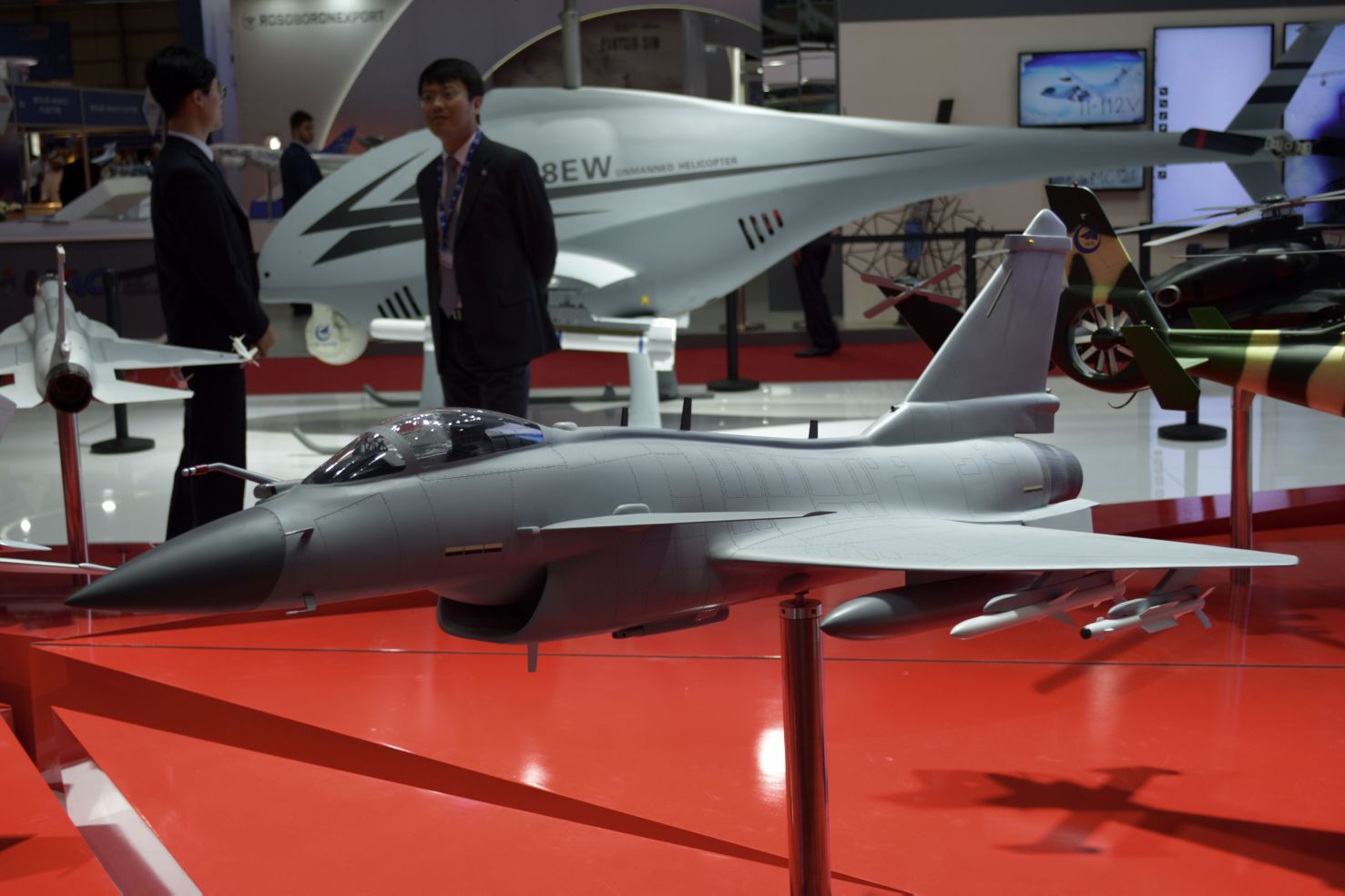 A model of the FC-20E, displayed at the Dubai Airshow. (Reuben Johnson)

Photographs of the J-10C that circulated on Chinese aviation websites in October showed the aircraft still flying in factory primer, suggesting it is only in the initial stages of series-production.

It differs considerably from the original J-10A, most notably in its power plant. The initial J-10 batches have the Russian Salyut-made AL-31FN Series 3, a derivative of the engine installed in the Sukhoi Su-27 and Su-30MKK purchased by China.

The installation of the AL-31F in the J-10A required the Salyut plant’s design team to rotate the gearbox and accessory pack to the underside of the engine. The aircraft’s air intake also had to be a quadrangular shape like that of the Su-27 inlet.

In contrast, the J-10C is reported to be powered with the Chinese-made Wo Shan (WS)-10A engine and features a diverterless, oblong-shaped air inlet. The CAC design team has also demonstrated the aircraft flying with an axisymmetric thrust vector control (TVC) nozzle and a modified nozzle that should reduce the rear hemisphere radar cross section. A J-10C pre-production aircraft in this configuration flew at the November 2018 Air Show China in Zhuhai.