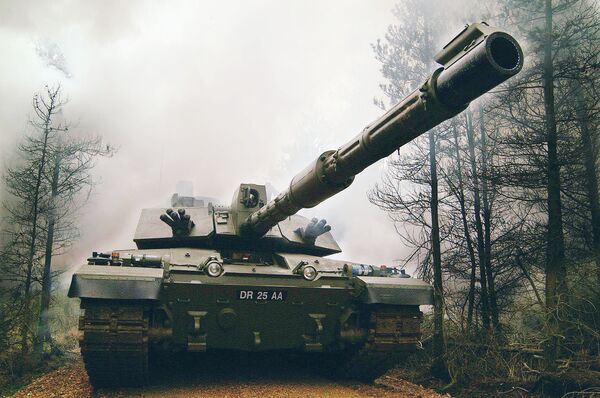 The Challenger II, the main battle tank for the British Army. (UK Ministry of Defence)

Lockheed Martin UK (LMUK) has developed a new software architecture to provide a framework from which new simulation systems can be built and delivered.

The System Enabling Open Network Architecture (SEONA), revealed at the DSEI exhibition in London in September, was based on that developed for the British Army's Ajax armoured fighting vehicle simulator.

All the Ajax platform-specific elements had been stripped out to leave a generic software chassis, which can now be used to generate “any” vehicle simulator faster and at lower costs, a LMUK representative told Janes.

SEONA was initially used in LMUK's work for the Warrior Capability Sustainment Programme using desktop trainers. Since then, LMUK has integrated its virtual reality Challenger II (CR II) main battle tank loader trainer, updated it for CR III, and widened its scope to include the entire turret crew.

The LMUK representative said that with SEONA as the generic architecture, internal visuals of any vehicle can then be used to create the virtual environment to provide crew training.