The United States is understood to have begun the process of preparing its helicopter fleets for the new and more powerful Improved Turbine Engine Program (ITEP), due to enter service in the coming years.

The Department of Defense (DoD) posted a solicitation on its beta.sam.gov website on 13 December for the upgrade of the tailrotor drivetrain of the Boeing AH-64E Apache Guardian attack helicopter. This is believed to be in anticipation of a retrofit of the ITEP engine that will increase its current 2,000 shaft horsepower (shp) engines with one that puts out 3,000 shp. 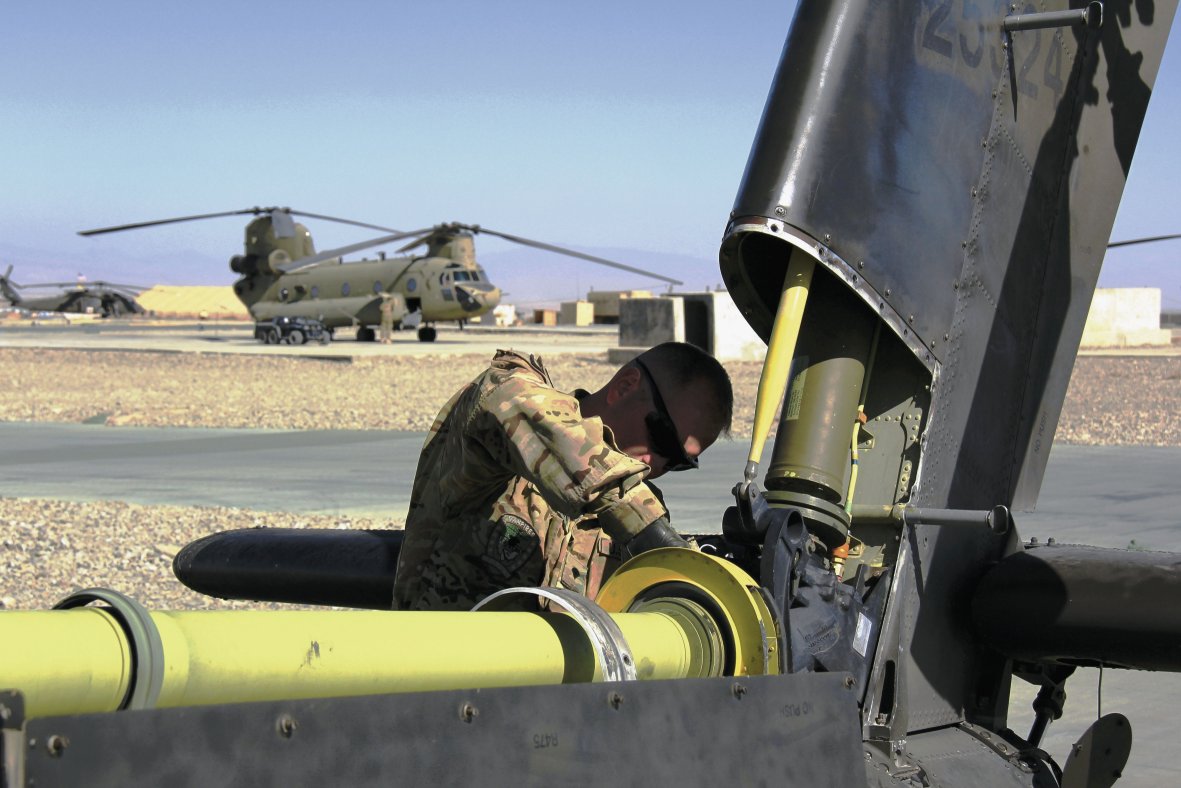 The Tail Rotor Drive Systems (TRDS) redesign effort seeks to improve the helicopter’s tail rotor performance by designing it to handle an increased torque load. The proposed design will be no more than a 10% increased weight over the legacy design, must meet or exceed the Mean Time Between Failure (MTBF) imposed on the current design, not require airframe modifications, and be ready for flight testing in the second quarter of fiscal year (FY) 2022.

While the solicitation does not refer to the ITEP engine upgrade by name, it does specify that the enhanced drivetrain must be able to cope with a shaft horse power of 3,400. This would cater for the new T901-GE-900 engine that General Electric (GE) Aviation is developing, with some growth capacity left over.

Besides the AH-64E, the DoD is planning to retrofit the Sikorsky UH-60M Black Hawk with the T901-GE-900 engine under the ITEP programme, and that platform will need to be modified accordingly to deal with the additional power as well. It will also power the Future Attack Reconnaissance Aircraft being developed under the wider Future Vertical Lift (FVL) effort.

The United States is understood to have begun the process of preparing its helicopter fleets for the...

US Army to demonstrate its upgraded Chinook engine

The US Army is to demonstrate an uprated ‘next-generation’ version of the Honeywell T55-GA-714 engin...

The ongoing modernisation of the People’s Liberation Army (PLA) is enhancing China’s capabilities to...