The UK’s Defence and Security Accelerator (DASA) has awarded Digital Concepts Engineering Ltd (DCE) a contract to develop a semi-autonomous reconnaissance and survey system that can enable British Army troops to swiftly and safely traverse water obstacles such as rivers and `wet gaps’ such as streams and bogs.

These manoeuvres often require troops, such as Royal Engineer reconnaissance personnel, to undertake dangerous and laborious tasks such as the surveying of the banks of rivers. 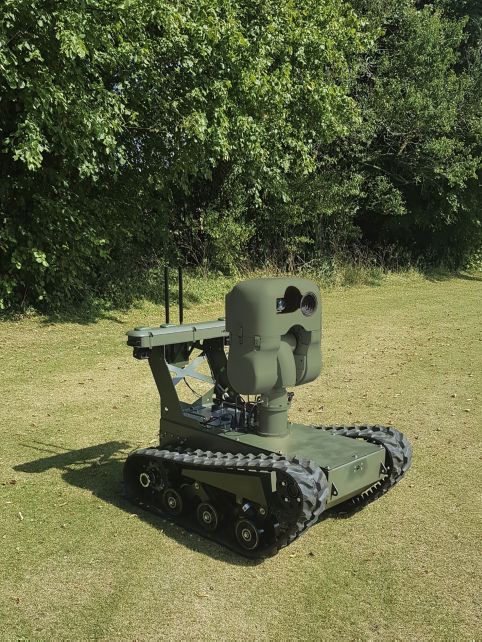 DCE is among five companies selected to develop a possible solution that would enable British Army troops to survey terrain more effectively, enhancing their battlefield performance. DCE will further develop its X-series UGV to meet those mission requirements. (DCE)

Under the Map the Gap: Autonomous Gap Crossing Survey competition, DASA is seeking a remotely operated system that can increase the rate at which these crossings can be surveyed, increasing the choices available to commanders and providing more opportunities to out-manoeuvre adversaries. The system will need to also be able to consider other routes into and out of potential crossing sites as well as potential rendezvous areas for troops waiting to cross.

“The competition brief was complex and challenging but we have assembled an extremely strong team for the project and are looking forward to demonstrating what can be delivered by a micro-small and medium-sized enterprise (SME) partnered with much bigger companies who are all leading players in their respective areas of expertise,” Lionel Nierop, DCE’S Business Development and Operations Director, told Janes .

DCE will lead its part of the Map the Gap industry team – which includes an unmanned aircraft system (UAS) capability – with a system based on DCE’s rugged X-series of unmanned ground vehicles (UGVs).