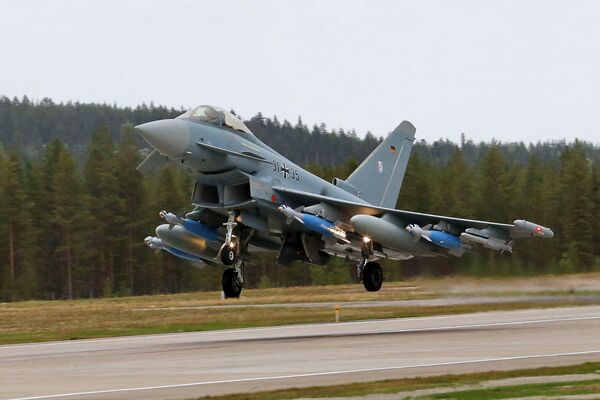 Diehl Defence has been awarded a contract of undisclosed value by the German Federal Office of Bundeswehr Equipment, Information Technology and In-Service Support (BAAINBw) to supply its Mk 83 Trojan Improved Penetrator (TIP) as an alternative warhead for the GBU-48 Enhanced Paveway II precision-guided munition in service with the German Air Force (Luftwaffe) Eurofighter swing-role combat aircraft.

Awarded in July, but disclosed in September, the contract provides for initial delivery of the TIP warheads to begin in 2023, along with the necessary training package, support for the approvals process, and warhead test performances. The latter tests are anticipated to be conducted at the Swedish Defence Materiel Administration's (FMV's) Vidsel Test Range in northern Sweden.

Diehl Defence, in association with TMS (Technical-Mathematical Studiengesellschaft mbh: the technical and mathematical research organisation based in Bonn) were awarded a EUR13.6 million (USD15.96 million) contract in 2016 to respectively research the design and integration of the TIP explosive charge, as well as design the overall TIP solution, including the penetrator.

Diehl Defence has been awarded a contract of undisclosed value by the German Federal Office of Bunde...