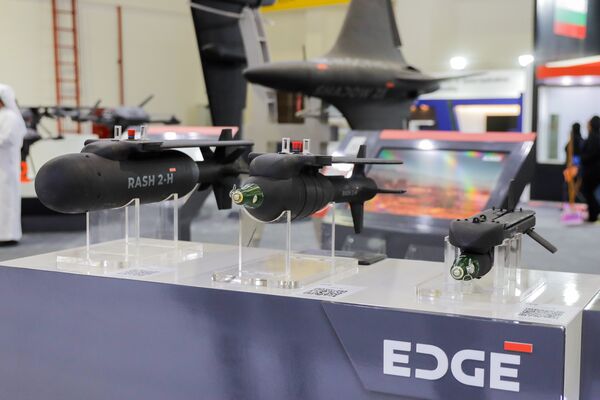 The unpowered glide munition features a 1 m-wide wing that unfolds when released. According to ADASI, it has a range of 23 km when launched from its maximum operating altitude of 25,000 ft, which decreases to 3.6 km at an altitude of 5,000 ft. Al Nuaimi said that the RASH-2H can achieve a circular error probable of 1 m.

The RASH family is dropped from an ADASI-developed launcher unit, and the fire control system can manage up to 24 munitions, Al Nuaimi added.

Abu Dhabi-based ADASI is in the “final stages of development and qualification” of its RASH-2H guide...