France’s Dassault Aviation has handed over the first of 36 Rafale multirole fighter aircraft that New Delhi ordered in September 2016 for the Indian Air Force (IAF) for EUR7.9 billion (USD8.71 billion). 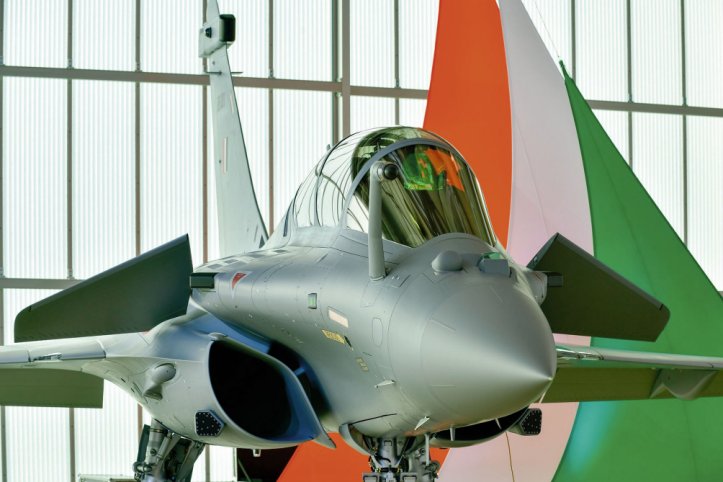 Dassault Aviation handed over the first of 36 Rafale multirole fighters on order for the Indian Air Force in a ceremony held on 8 October at the company’s facility in Bordeaux-Mérignac. (Dassault Aviation/S Randé)

Indian Defence Minister Rajnath Singh officially accepted the aircraft in a ceremony held at Dassault’s assembly facility in Bordeaux-Mérignac on 8 October that coincided with the Hindu festival of Dussehra and the 87th founding anniversary of the IAF.

Singh said that the new twin-engined aircraft will enhance the capabilities of the IAF, adding that New Delhi’s procurement of the Rafale “will go a long way in strengthening strategic ties between India and France”.

The minister, who had held talks with French President Emmanuel Macron earlier that day, also thanked the French government for providing support and training to IAF pilots.

The aircraft, which bears tail number RB 001, is expected to arrive in India in May 2020 as part of a first batch of four Rafales that will be ferried to Ambala Air Force Station (AFS) for induction into the IAF’s 17 ‘Golden Arrow’ Squadron, which was formally reinstated on 10 September, about eight years after it was decommissioned following the retirement of its Soviet-era MiG-21 aircraft.

Before arriving in India the Rafales will be flown by IAF pilots in France for at least 1,500 hours as part of the testing and acceptance process.

India’s Cabinet Committee on Security (CCS) approved on 13 January the procurement of 83 indigenousl...