The US Defense Advanced Research Projects Agency (DARPA), from 21 to 24 September, will hold the final event for its roughly 2.5-year-long Subterranean (SubT) Challenge, in which the agency has investigated autonomy, perception, networking, and mobility technologies necessary for robotic vehicles to operate underground. 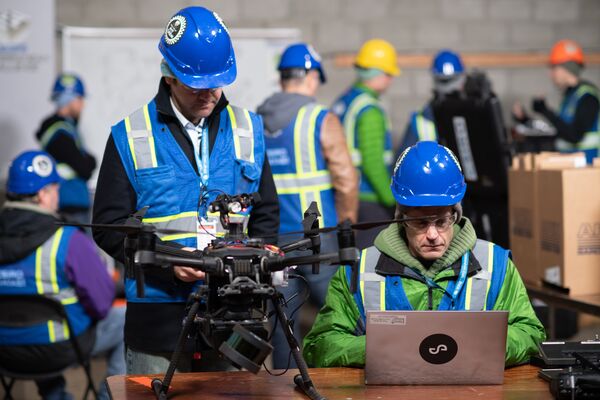 Timothy Chung, DARPA Tactical Technology Office (TTO) programme manager, told Janes on 28 July that the SubT Challenge is about getting teams of robots to enter challenging underground settings before sending humans into dangerous locations. Chung said that DARPA is using the SubT Challenge to determine how to send both ground and air robotic vehicles to places that neither humans nor robots have seen before.

The vehicles need to map, explore, and navigate these new locations to confront anything around the next corner during time-sensitive combat operations or disaster response scenarios. These include human-made tunnel systems, urban and municipal underground infrastructure, and natural cave networks.

DARPA seeks improved technologies for precision navigation in areas that lack Global Positioning System (GPS) access. Chung said the SubT Challenge is focused on not just relative positioning, but absolute positioning, because the agency wants to be able to extract geo co-ordinates on an absolute global reference frame. This is important in operational settings, he said, because an operator has little margin for error beyond a couple of metres when drilling down to rescue trapped miners.

The US Defense Advanced Research Projects Agency (DARPA), from 21 to 24 September, will hold the fin...