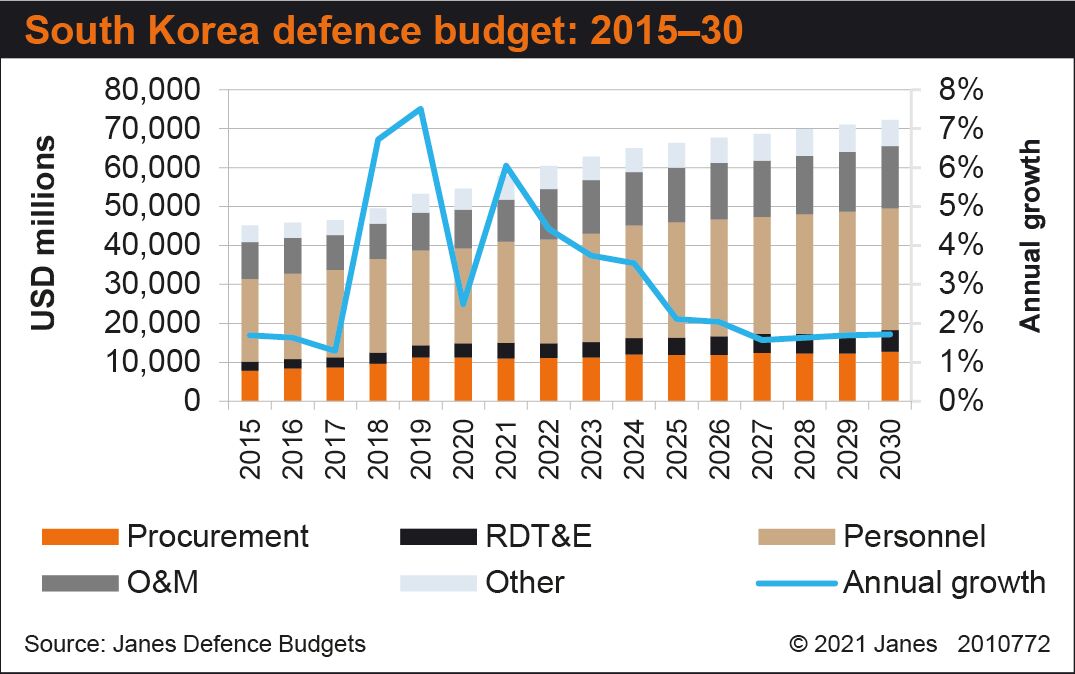 South Korea's Defense Acquisition Program Administration (DAPA) has disclosed to Janes details about a new industry policy that will shape the way it engages with foreign contractors.

The objective of the plan is to spur local industrial capability and enhance the supply of equipment and services to the Republic of Korea (RoK) Armed Forces.

Like in India, South Korea's KDC policy will operate alongside the country's existing defence offset guidelines, which were most recently updated in March 2020.

A spokesperson for DAPA said the KDC policy was put in place in August. “Korea Defense Capability promotes the acquisition of home-grown military equipment and the use of South Korean parts for the purpose of strengthening the competitiveness of the domestic defence industry,” said the spokesperson.

“[The KDC policy also] lays the foundation for sustainable and win-win co-operation between Korean and foreign defence companies and enhances efficiencies in operating and maintaining military equipment operated by the RoK Armed Forces,” the spokesperson added.

The KDC programme will incorporate several measures to boost the national defence industry. These include targeted budgetary ratios for procurement from local and foreign sources, evaluating the cost of acquisitions by considering total operating life costs, and assessing the economic impact of procurements on national industry.

US-based Parker Hannifin Corporation, which has offered to buy the United Kingdom's Meggitt for GBP6...

Criterion Systems has expanded its footprint in the robust intelligence sector by acquiring fellow U...
Request Consultation