UK-based D3A Defence has developed an end-to-end simulation system specifically designed to train mortar operators, and demonstrated the concept at the Defence Simulation Education and Training (DSET) conference in Bristol in March 2020.

Scott Winter, chief technology officer for D3A Defence, told Jane’s that the system was developed to fill a perceived gap in the market for a simple in-barracks simulator to support training on predominantly infantry-manned mortar systems, as opposed to specialist artillery simulators.

The system consists of three networked modules: the observation post (OP), the command post (CP), and the mortar crew. This enables the complete process of calling for fire, calculating firing data, firing, observing the fall of shot and making subsequent corrections to be practised within a common virtual environment. 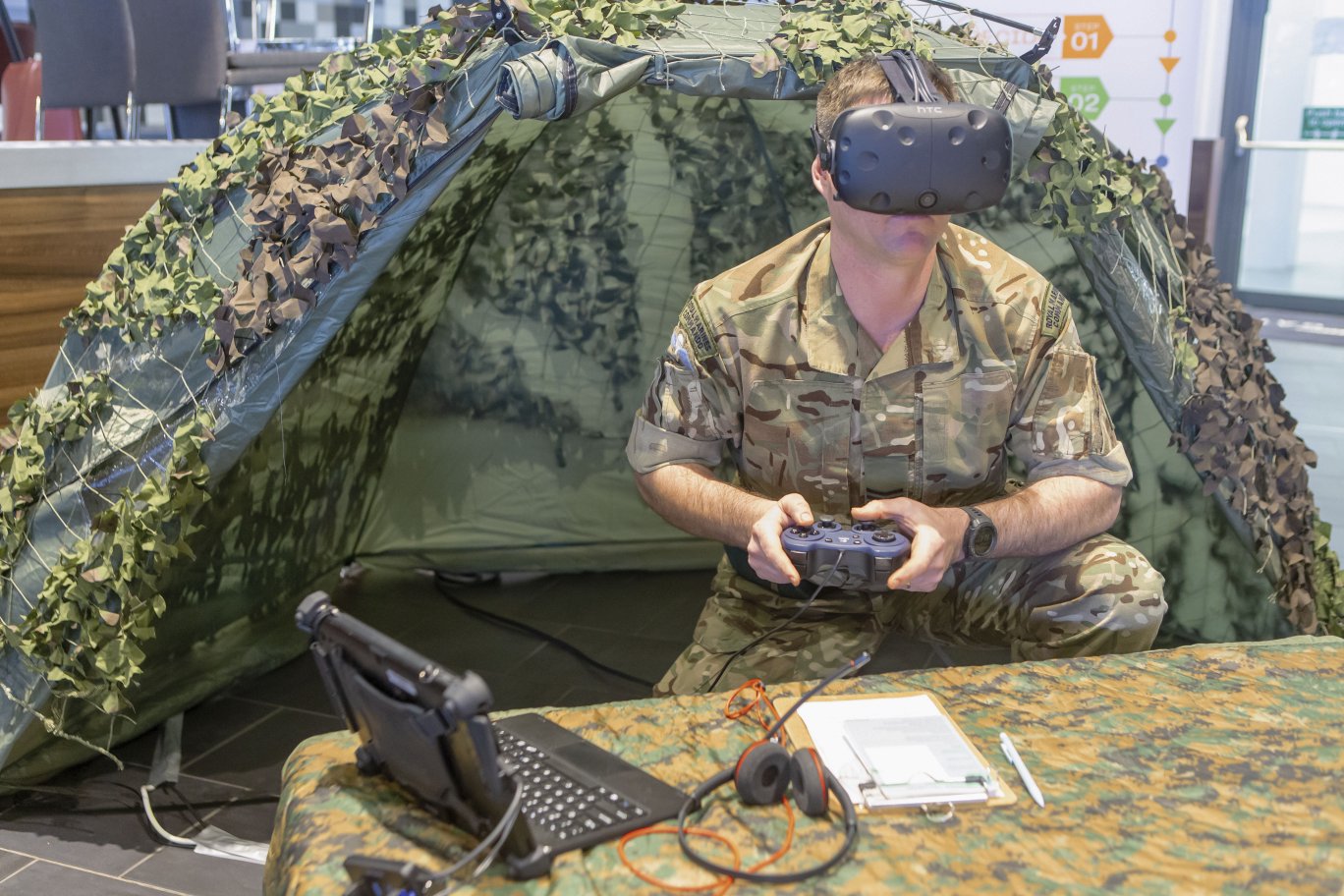 The mortar crew module consists of a training mortar with a barrel that has a cut out at the base to allow a loaded bomb to drop out. Data to enable accurate fall of shot to be calculated is provided using a device from Minerva Simulation and Training that is appended to the barrel. This plots barrel elevation and azimuth and receives RF data from the loaded training ammunition. These rounds are fitted with radio emitters that provide the ammunition type, number of charge rings, and the fuze setting. This data is then fed over the network to the CP station for verification if necessary.

The NATO Allied Rapid Reaction Corps (ARRC) headquarters has awarded a contract to Systematic for it...

The UK Ministry of Defence (MoD) has awarded a contract for the Joint Fires Synthetic Trainer (JFST)...