The Czech Republic has received an additional Airbus Defence and Space (DS) C295 airlifter, bringing its total fleet up to five. 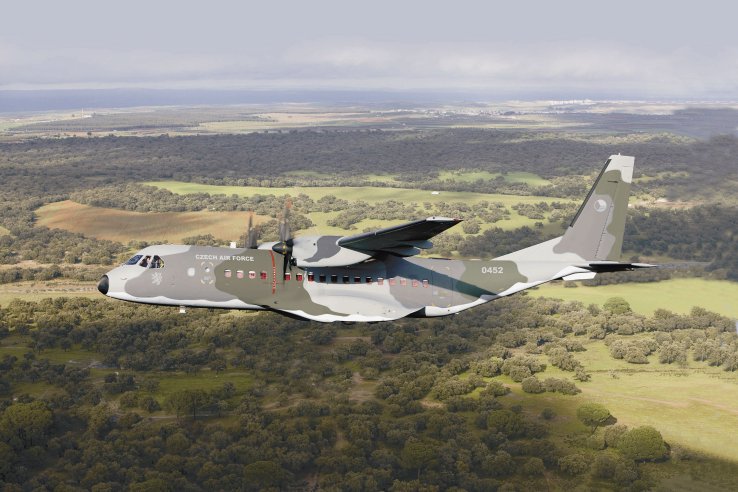 The Czech Air Force already fields four C295M airlifters that it acquired from 2009. The service has now received the first of two additional aircraft ordered in 2019, with the final delivery set to follow shortly. These final two aircraft will feature winglets and engine modifications of the C295W standard, with the first four aircraft being upgraded to the same configuration. All six aircraft will be designated C295MW. (Airbus)

The manufacturer announced the delivery from its Seville final assembly line in Spain on 12 May, noting the aircraft is part of an additional order for two that was placed by the Czech Air Force in 2019. The sixth and final aircraft is set to follow in the near-term.

The Czech Ministry of Defence (MoD) procured its first three C295M (Modernised) aircraft from EADS (later to become Airbus DS) via Omnipol in 2009 for CZK3.5 billion (USD190 million at the time), with a fourth airframe obtained as part of a barter deal involving five surplus Aero Vodochody L‐159 training and light attack aircraft. On 15 December 2019, the MoD signed a CZK2.34 billion (USD103 million) deal for a further two aircraft in the C295W configuration that feature winglets (hence the W in the designation) and other modifications. The four previously received C295M (Modernised) aircraft will be upgraded to the C295W standard of the final two standard, with all six being designated C295MW. The fleet is operated by the 24th Air Transportation Base, located at Kbely.