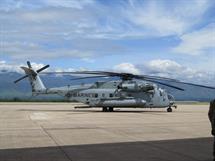 Czech Defence Minister Lubomir Metnar has submitted three contracts totalling nearly CZK4 billion (USD176.6 million), including VAT, to the government for two C295 transport aircraft, the upgrade of 33 T-72M tanks, and a flight planning system, the Ministry of Defence (MoD) reported on its website on 17 June.

“The Army of the Czech Republic [ACR] needs to increase its transport capacity and replace the obsolete Yak-40s,” Metnar said, adding that the new aircraft would “be more economical, with greater range and more modern systems than the ones previously acquired.” He pointed to the reliability and low operating costs of the ACR‘s current four C295s, which are used for training and troop and VIP transport.

The MoD said Airbus offered the Czech Republic the two C295s for 2020–21, with the possibility of deferring payment until 2022–23, the original delivery dates. The Czech MoD put the total cost of the two aircraft at CZK2.7 billion, including VAT. Airbus declined to comment on an ongoing campaign.

The obsolete or irreparable systems and components of the 33 T-72M tanks will be replaced in 2020–23 under a CZK908 million contract to be awarded to state-owned company VOP CZ by the end of the year. The MoD said this would enable the tanks to continue to fulfill the ACR’s international commitments until the acquisition of new tanks by the end of the decade, after which the upgraded T-72Ms would be placed in reserve.

The CZK78.1 million (excluding VAT) contract for a flight planning system is expected to be awarded to Prague-based company NAV Flight Services this summer.