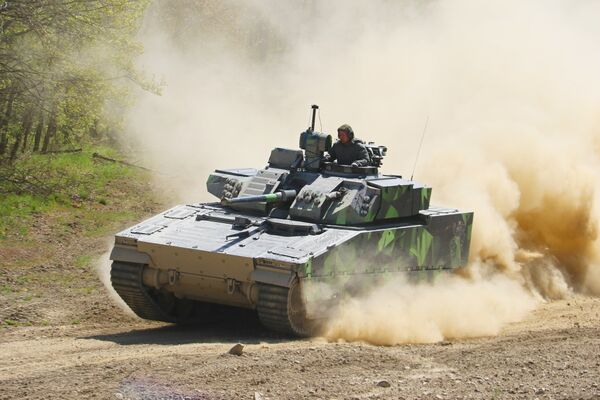 The Czech government on 20 July authorised the MoD to negotiate the procurement of the CV90 MkIV IFV (pictured during trials in the Czech Republic in 2021) from Sweden. (ACR)

The Czech Ministry of Defence (MoD) announced in a press release on 20 July that the Czech cabinet had decided to cancel the original procurement of the new IFV, which was suspended in November 2021, and authorised Defence Minister Jana Černochová to commence negotiations with the Swedish government on the procurement of the CV90 MkIV. Černochová said, “The CV90 is an established and combat-proven platform. It has also been selected by the Slovak Republic, and we will co-ordinate our negotiations with Slovakia.” She also expected to achieve cost savings by co-operating with Slovakia.

The Czech Army will procure the CV90 MkIV over the ASCOD from General Dynamics European Land Systems (GDELS) and Lynx KF41 from Rheinmetall Landsysteme that it was competing with in the cancelled procurement, which included field trials. The procurement was suspended in November 2021 shortly after Czech general elections. The MoD said subsequently that all three offers failed to meet Czech Army requirements. It stated at the time that the Czech government had decided to cancel the procurement “after two of the three bidders declined to accept new terms and conditions. The legal analysis ordered by the MoD showed that the cancellation of the tender was the only option”.