Czech Prime Minister Andrej Babiš on 22 August announced that the Czech Air Force will procure 12 new helicopters from the United States. The Czech Republic has selected the Bell Helicopter programme – eight UH-1Y Venom utility and four AH-1Z Viper attack helicopters – over the Lockheed Martin Sikorsky UH-60M option. The intergovernmental contract, worth a total of CZK14.6 billion (USD 625 million), excluding value-added tax, is expected to be approved by the Czech Ministry of Defence (MoD) and government in the coming months. The Czech Air Force intends to operate all 12 helicopters from 2023. 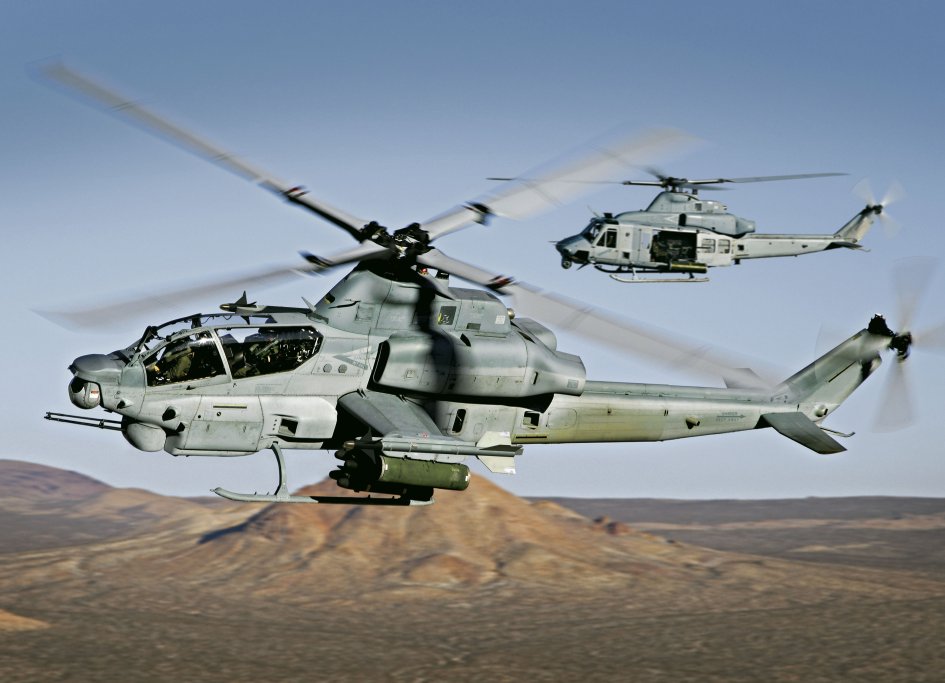 The Czech Air Force will buy eight UH-1Y Venom utility (background) and four AH-1Z Viper combat helicopters (foreground) under a CZK14.5 billion contract to be concluded by the end of the year. (Bell Helicopter)

“The H-1 system (combination of Venom and Viper helicopters) offers everything we requested,“ said General Aleš Opata, the chief of the general staff of the Armed Forces of the Czech Republic. The new helicopters will be used for combat support, troop transport, and medical evacutation. “We would like to conclude the contract by the end of year,“ Czech Defence Minister Lubomír Metnar said. The Czech Republic will be the first country in Central and Eastern Europe to operate UH-1Y and AH-1Z helicopters.

The helicopters will be armed with AGM-114 Hellfire missiles and M197 20 mm machine guns. The US offer foresees co-operation with the Czech defence industry. Several Czech companies are interested in the contract, including Aero Vodochody, Ray Service, and LOM Praha.

The Czech Air Force needs new helicopters to replace its ageing Russian-built fleet. The UH-1Y and AH-1Z procurement will allow the phasing out of Mi-24/35 helicopters. The next step will be the replacement of Mi-17/171š transport helicopters.