DAPA said on 16 April that 11 military development projects have been selected for the programme, which is consistent with Seoul’s response to supply-chain challenges emerging from the Covid-19 pandemic. 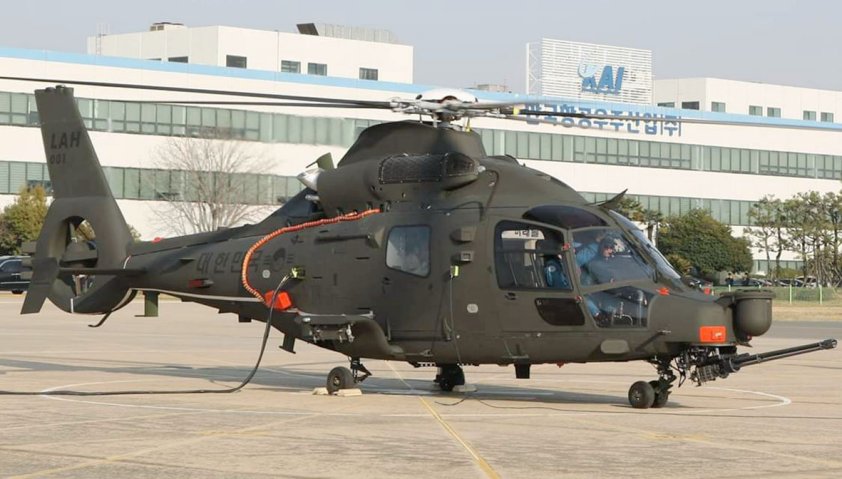 South Korea has announced a programme to support local industry in replacing imported components in key programmes such as the development of the KAI Light Armed Helicopter (pictured). (KAI)

DAPA did not detail the 11 projects but confirmed they include the development of the Korean Fighter Experimental (KFX) aircraft and the Light Armed Helicopter (LAH). Both these projects are led by Korea Aerospace Industries (KAI).

Under the new programme, DAPA said South Korean small- and medium-sized enterprises (SMEs) will be incentivised to replace a range of foreign-made components and subsystems in support of the development projects.

It said the SMEs can access funding equal to 75% of their investment in developing and building a prototype component and/or subsystem. The funding is available over five years, with a limit of up to KRW10 billion (USD8 million) per project.

Local SMEs selected for the programme will be announced in mid-2020 and will be eligible – once they enter production contracts – to apply for higher profit margins from related manufacturing projects.

In addition to the KFX and LAH, other important development projects under way in South Korea include those in support of a new active electronically scanned array (AESA) radar, guided air-to-surface missiles, future surface combatants, and a next-generation main battle tank.