US lawmakers want additional oversight into Pentagon plans to develop and field intermediate-range, ground-launched missiles, and they are prepared to bar the department from procuring and even developing these weapons. The move comes as the department ramps up testing and developing such weapons including a 12 December flight test of a new prototype of a conventionally configured, ground-launched ballistic missile.

House members approved the compromise fiscal year 2020 (FY 2020) defence authorisation bill on 11 December with a provision that would prevent the Department of Defense (DoD) from purchasing and developing new ground-launched missiles previously banned under the 1987 Intermediate-Range Nuclear Forces (INF) Treaty unless the department submits a comprehensive report. The measure requires an “analysis of alternatives to such new missiles, basing options and foreign countries consulted including NATO”, according to a summary of the report. As of 12 December, the Senate had not voted on the legislation, which is a required step before it is sent to the president’s desk for his signature. 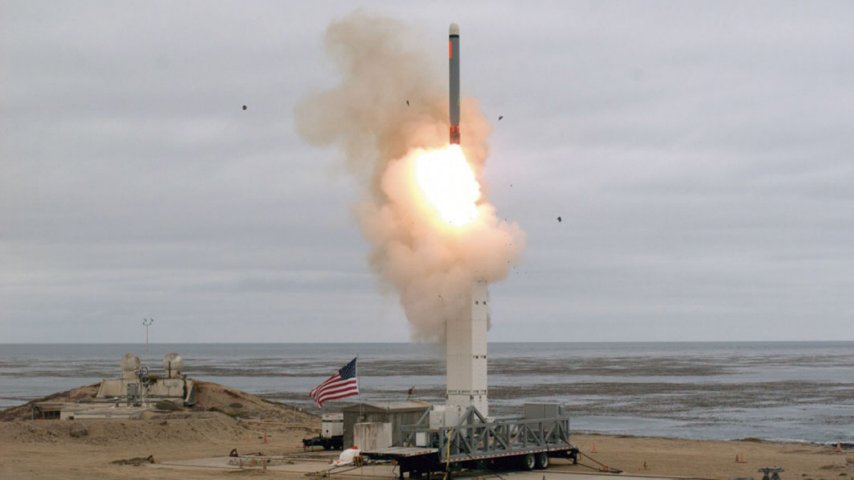 On 18 August, the Pentagon launched a Tomahawk missile from a Mark 41 Vertical Launching System. (US DoD)

“The provision would also prohibit the use of any funds authorized to be appropriated by this Act for research and development, procurement, or deployment of a ground-launched intermediate-range ballistic or cruise missile system, unless the Secretary of Defense submits a report to Congress related to the termination of the INF Treaty and the development or deployment of INF-range missile systems,” lawmakers wrote in the bill.

Specifically, the defence bill requires the administration to provide lawmakers with an assessment detailing “the implications, in terms of military threat to the United States or its allies in Europe, of Russian deployment of intermediate-range cruise and ballistic missiles without restriction”.

US lawmakers want additional oversight into Pentagon plans to develop and field intermediate-range, ...

US Military examining army's role in the Pacific, along island chains

After nearly two decades of counter-insurgency operations in landlocked countries, US Army leaders a...
Thank you for your inquiry, a Janes representative will be in contact with you shortly.